Martin Garrix has been named Official Music Artist of UEFA EURO 2020 and will produce and perform the official song for the tournament as well as the official walkout music.

The 23-year-old revealed the news while performing a headline show in his home town of Amsterdam, one of the 12 host cities for next summer’s finals. The song will be revealed in spring 2020 – and so too a collaboration with a singer. The song will be performed in full for the first time at the UEFA EURO 2020 opening ceremony at the Olimpico in Rome on June 12th, 2020.

UEFA EURO 2020 is being held across the continent for the first time in the competition’s 60-year history, with 12 host cities in all, as part of the European Championship’s 60th anniversary celebrations. Amsterdam, Baku, Bilbao, Bucharest, Budapest, Copenhagen, Dublin, Glasgow, London, Munich, Rome and St Petersburg will all host matches next summer.

Music and football fans can win a meeting with Martin Garrix at the UEFA EURO 2020 final draw in Bucharest on 30 November. To be in with a chance, enter via www.euro2020.com/Martin-Garrix. 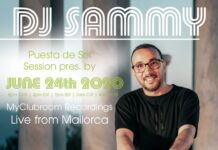 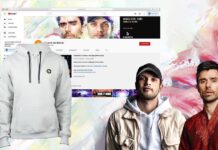 REMIX ‘VOICES’ BY BROOKS & KSHMR AND WIN AN UPLOAD TO DHARMA’S YOUTUBE PLUS THEIR FEEDBACK ON YOUR REMIX ! 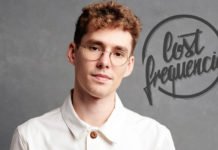 The magical island Pāpiliōnem will welcome the People of Tomorrow during...

JEROME ROBINS teamed up with MELLEEFRESH to deliver you “MAMITA”!