Eat More Cake end 2017 with a classic dance anthem cover of Stardust’s ‘Music Sounds Better With You’ on Hoxton based label ‘Perfect Havoc’ which has already seen support back in August from Danny Howard on BBC Radio 1.

Eat More Cake are a DJ/Production/song-writing collective from Harrow in North-west London, whose sound incorporates elements of dance, chill-out and hip-hop.

With releases and remixes on Strictly Rhythm, BBE, D:Vision, Toolroom and radio plays on Radio 1, Kiss FM, XFM, BBC 6Music, KCRW and many more stations around the world, it seems the big time beckons. Eat More Cake are also accomplished DJs – They have played at Ministry Of Sound, XOYO, Lovebox, Gatecrasher, Pacha and many more clubs and bars in the UK including Ibiza.

In late 2016, Eat More Cake signed to Hoxton based management and label ‘Perfect Havoc’ and released their first track ‘Heat of The Night’ back in January 2017 followed up with ‘Hide From The Light’ in June. The group have seen a wealth of support for their new music from the likes of Pete Tong, Danny Howard, Blonde, Saturday Night Kiss, Tiesto, Sam Feldt, The Magician, Coco Cole, Judge Jules and The Aston Shuffle as well as being included in the popular iOS app ‘Dream League Soccer’ which has over 70million worldwide users. Earlier this year the group also performed at El Savador in Eastnor Castle alongside well known artists such as Jax Jones, Groove Armada, Dusky, Artwork & more. 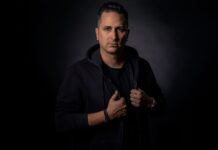 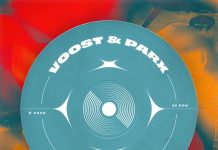