EDM Nations
Home NEWS Here are the winners for the first edition of the Electronic Music...

On September 21st, in Los Angeles, the inaugural edition of the Electronic Music Awards took place. The event was attended by about 1,800 people, but many other people were able to watch it, seeing as it was live streamed over Twitter. If you weren’t able to catch the show and want to know who were this year’s winners, you can see below a list of who took home an award at the show. Are you happy with the results? 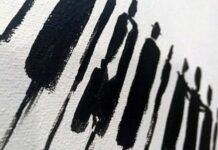