Electric Daisy Carnival is without a doubt one of the biggest electronic music festivals in the world. This year’s edition, that took place last weekend attracted over 400,000 people from all over the world, who gathered together due to their love of music. However, there were some complaints at the festival, with many people saying how the traffic was horrendous, plus there were over 1,000 medical calls across the three days and one attendee died.

Well, after all these things, it looks like Pasquale Rotella, the event’s founder is looking to make some “big changes” to EDC Las Vegas. He announced this over the weekend, when he did a live stream on Instagram during Electric Forest. We don’t know what these changes will be, but if you want to find out, stay tuned! 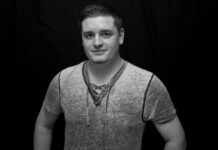