It looks like Major Lazer and Travis Scott have a new collaboration on the way. While we don’t know any details about an official release date, we do know that the track is called “Know No Better” and will also feature Quavo, Starrah and Camila Cabello. Just recently, we’ve received a little preview from Travis Scott, who played the new track during his performance from Hangout Music Festival.

You can check out the teaser below and stay tuned for the official release! 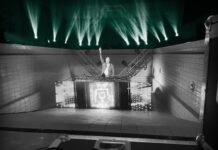