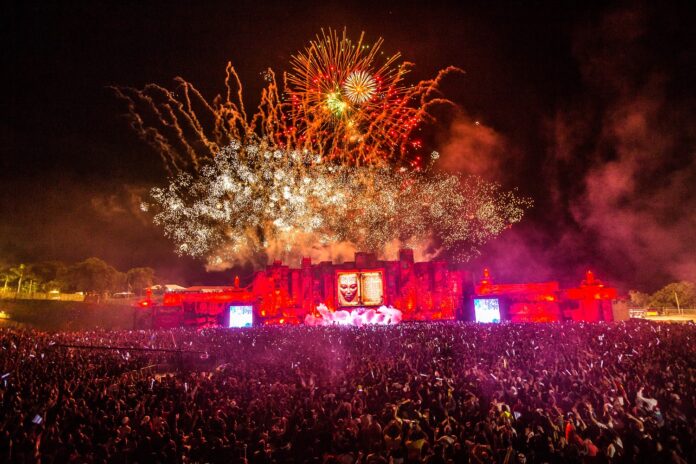 The iconic music festival will make its grand return in Itu, São Paulo on October 12-14 Wednesday, December 21, 2022 – It’s official, Tomorrowland is heading back to Brazil in 2023! After two amazing festival editions in 2015 and 2016, the world’s most iconic electronic dance music festival has now announced the return to South America for a new edition of Tomorrowland Brasil on October 12-14, 2023. The beautiful festival area of Parque Maeda in Itu, a municipality of São Paulo, will be the home again of the magical three-day global gathering with a collection of the planet’s finest electronic artists. Subscribe now to stay up to date via tomorrowlandbrasil.com

After years of dreaming of a return and missing the vibrant Brazilian crowd, Tomorrowland is very excited to again host a unique festival experience in Brazil with people from all around the world coming together in one magical place. The first two successful editions of Tomorrowland Brasil in 2015 and 2016 also took place in Parque Maeda, welcoming over 150,000 People of Tomorrow of more than 60 different nationalities who all danced together at the iconic Tomorrowland ‘Book of Wisdom’ and ‘The Key To Happiness’ Mainstages under the Brazilian sun.

For the mayor of Itu, Guilherme Gazzola, the festival goes far beyond music and will leave a legacy and important improvements in the region. “In addition to its grandeur as an event, the importance of Tomorrowland is reflected in actions aimed at the city and the local community. We are proud to host this world-renowned festival in Itu, a historical tourist city”, he highlights.

Brazilian DJ Alok has performed at Tomorrowland Brasil in 2015 and 2016, as well as at several editions of Tomorrowland Belgium: “Tomorrowland is an iconic landmark that has become one of the world’s most notable festivals in electronic music. I can’t even begin to describe how much the festival has contributed to my career. It’s a magical and unique experience, both for myself, as well as for the festivalgoers. It’s impossible to go to Tomorrowland and leave the same person you came as.”

Brazilian artist Vintage Culture: “Tomorrowland is one big family. I could really see and feel this in the way they hosted me in Belgium. I’m very happy to welcome them again in our country.”

In 2023, Tomorrowland Brasil will gather the best DJs at its fabulous stages to create memories of a lifetime, while festivalgoers from all corners of the globe will unite again and celebrate together during three spectacular days full of love and passion in the lush and green scenery of Parque Maeda, about 90 kilometers from São Paulo. More info about tickets and line-up will be announced in the coming months, subscribe now to stay up to date via tomorrowlandbrasil.com