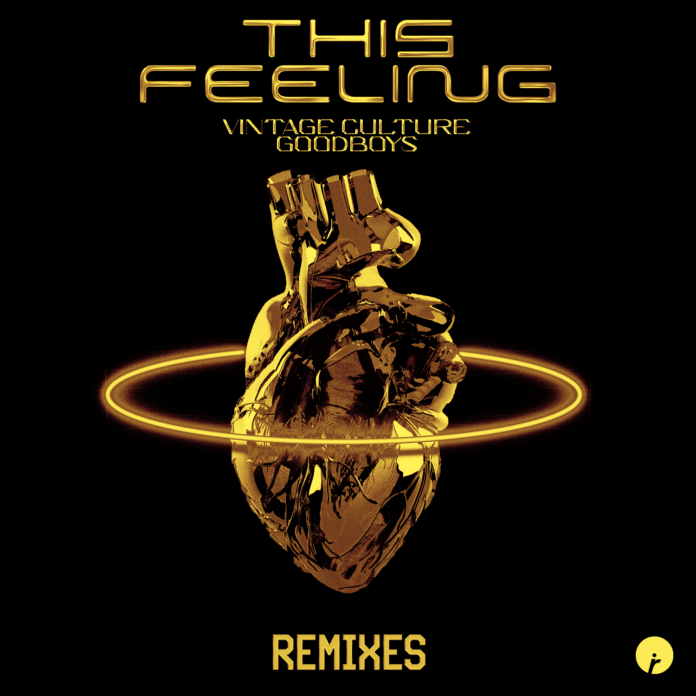 Vintage Culture and Goodboys close out a momentous 2022 with the official remix package for their feel-good festival smash “This Feeling” released earlier this year on Insomniac Records.

Finnish groove specialist Yotto recently took the torch to reignite the buzz around the show-stopping single “This Feeling” created by international house phenom Vintage Culture and Grammy-winning singer-songwriter and production duo Goodboys. Released at the end of August, Yotto’s version turned the ephemeral vocal hook and iconic motif on a progressive journey punctuated by mesmerizing arps, stunning sustained chords, and a blissfully euphoric soundscape. The track has been a staple in his sets ever since, as well as drawing support from Oliver Heldens, The Chainsmokers, Nora En Pure, Tiësto, Solardo, John Digweed, and more. Vintage Culture and Goodboys are now ready to let “This Feeling” shine brighter than ever via a fresh collection of remixes.

Brazil’s house music veteran Gabe has been a longtime collaborator of Vintage Culture, previously linking up on co-produced tracks such as “Creep” and “Into You” feat. Patrick Baker. Gabe’s remix strips back the grandeur of the original, opting to sprinkle in the vocal hums over thudding basslines, rotund stabs, and spacious, echoing synth glitches.

Korolova has become the darling of melodic house and techno, with a reputation for constructing goosebump-inducing grooves and richly layered progressions. The Ukrainian sensation’s talents are on full display here, as she laces the vocal hook into an entrancing matrix of ethereal arpeggiations, brooding bass stabs, swelling string pads, and one of the smoothest drives imaginable.
On the next offering, two bubbling house artists from Greece pool their strengths together to tag-team their take. Velvet Mode and Chris Arna bring the energy to boil, delivering an energetic melodic tech remix bolstering cascading synth riffs, dark undertones, ricocheting builds, and scuttling basslines.

Closing out the affair is another collaborative effort,  reuniting longtime friends and Brazilian pioneers FractaLL and Rocksted. They are both notorious for operating on the bleeding edge of house music, and their ability to push the envelope comes into clear view with their reimagining. Elastic basslines, hissing hats, shuffling drums, bitcrush melodies, hazy chords, and reverberating vox all play their part in creating something uniquely refreshing.

With an incredible crew of remixers in tow, Vintage Culture and Goodboys are slated to capture those special fleeting moments on the dancefloor once again now that the ‘This Feeling (Remixes)’ start to make the rounds.

Vintage Culture and Goodboys’ ‘This Feeling (Remixes)’ package is available on all platforms via Insomniac Records.