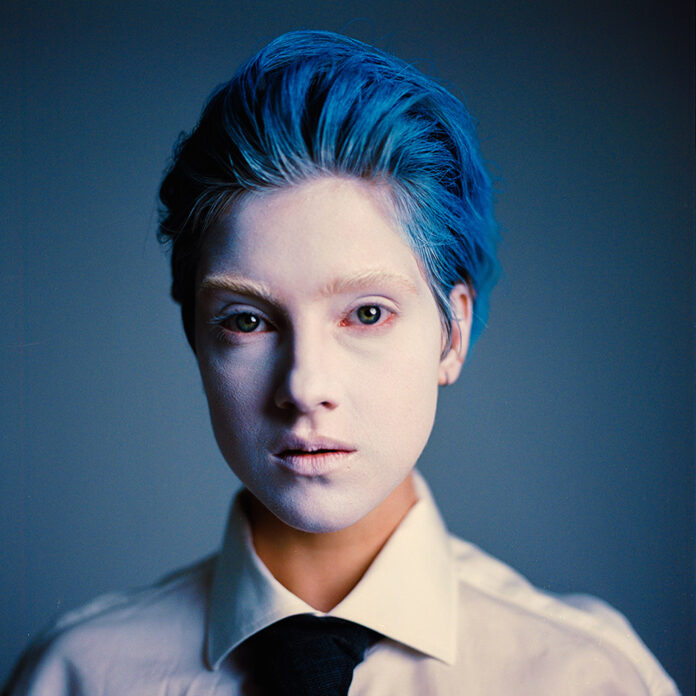 A mesmerising slice of thought-provoking, introspective alt-pop and the first in a series of singles to be released over the latter part of this year and early in 2023, The Head of Knights is about a temporary change in perspective; from being an actor in the live events space to becoming a wider narrator of summed up experiences. This new position enables learning from all kinds – positive as well as painful – recognizing that wisdom comes from synthesizing both aspects of reality.

“My creative works express the personal insights I have collected in moments of clarity between depressive and euphoric phases throughout my life. These insights have been a source of stability for me through times of emotional turbulence. By presenting them in a creative way, through music and visuals, I return to the wise side of myself more enthusiastically and relate my perspective with others”.

Speaking about the message behind the lyrics themselves, she went on to say:

“My lyrics seek to deconstruct rigid personal identities, expose their contradictions and transform them into playthings. By decontextualizing them and reconstructing them in a more multidimensional way, I demonstrate how to see past the momentary ups and downs and stay rooted in an inner source of stability, beyond preconceived identities and situations”.

Currently, Vincent is working with Robot Koch, Kris Steininger (Parcels, Melody Gardot, Jules Buckley) and Zino Mikorey (Parcels, Nils Frahm, Ry X, Mouse on Mars) on a series of new songs, which will be drip released over the next six months. From their shared apartment, Vincent has also maintained a consistent creative collaboration with roommate and photographer and video director, Mehran Djojan.

Vincent Littlehat – The Head of Knights is out now via Littlehat Recordings.