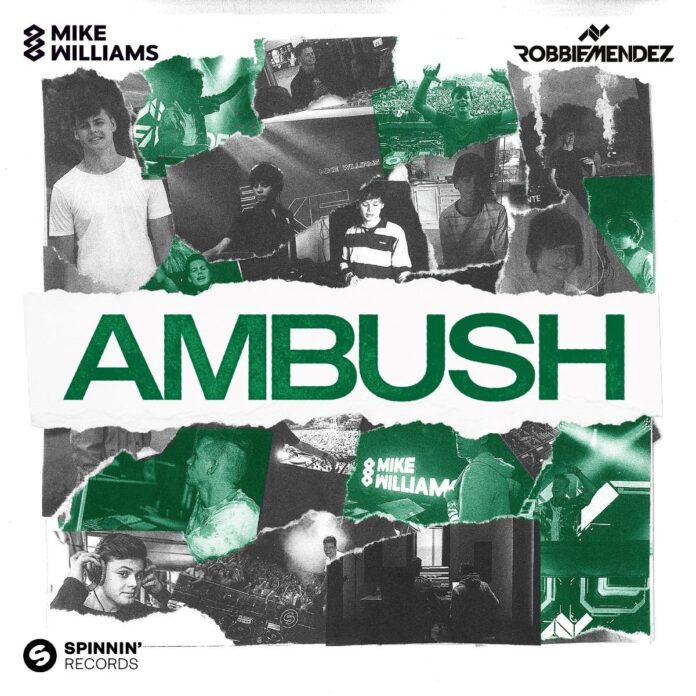 Presenting a thrilling next chapter in his ever expanding storylines, the mighty Mike Williams teams up with fellow Dutch producer Robbie Mendez for their aptly titled new single “Ambush.” It’s the third installment of Williams’ upcoming EP, this time diving deep into beautifully crafted progressive chords alongside a delirious big room drop, sure to raise goosebumps when he unleashes it later this week at his own ADE party ‘Mike Williams presents STORYLINES’, Friday 21 October at Hotel Arena. Be sure to warm up with this “Ambush”, as it’s out now on Spinnin’ Records.

Hailed as one of the new stars in dance music, Mike Williams has covered illustrious tracks since his break to fame in the mid-10’s. By now, every move the Dutchman makes is received with huge DJ support and enthused festival crowds, responding to his ever melodic approach and anthem styled tracks, including successful collabs with Tiësto, R3hab, Felix Jaehn, and Mesto.

With his upcoming STORYLINES EP, Mike Williams aims to take his audience through his musical career. From the artists that influenced him to vital collabs and, of course, his crowd giving him the energy to pursue higher goals – everyone has played an important role in Mike’s story.

Lead single “Best Part Missing” already emphasized this personal touch with an emotionally charged pop vibe, while the EP’s recently released second single “Supernova” (alongside RetroVision) focused on the energy he wants to unleash on the dance floor.

Now, it’s up to the third single to highlight another side of Mike Williams. “Ambush” sees him join forces with Robbie Mendez, recently coming up strong with his compelling, progressive styled mainstage hits, including 2020’s popular tunes “Overload” and “Mirror,” as well as last year’s “Bring It Back To Me” and his swirling remix of Sam Feldt’s “The Riddle.” Following this melodic vibe, “Ambush” sees the pair lay down a series of warm, progressive sound scapes, building an ecstatic vibe towards an explosive drop. When this beat hits the floor, the atmosphere is jubilant in the most characteristic Mike Williams style. Emphasizing the mood, you’ll get powerful synth chords and strong, immersive crescendos, all leading to a next round of uplifting melodies, perfectly underscoring the celebratory sound Mike Williams is known for.