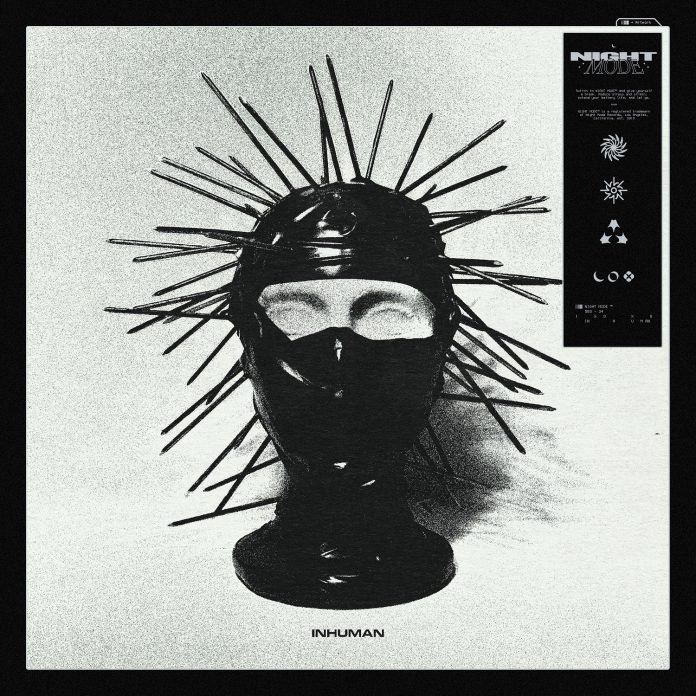 ISOxo channels a dissociative state of mind on “Inhuman,” a harrowing house single that is sending chills down the spine of the ninth season of releases on NIGHTMODE.

Fresh off his debut appearance on the label, the San Diego-based phenomenon circles back around with an almost immediate follow-up effort that couldn’t have come any sooner. A little more than a month ago, he joined forces with Long Beach native and longtime friend FrostTop to create their transportive hardwave collaboration “Angels Landing,” which found them wrapping up the label’s wildly successful eighth season, including killer cuts from heavy-hitting names such as Peekaboo, Eliminate, One True God, Juelz, and label regular Knock2. The single left a remarkable first impression, tying up the stacked schedule with a cathartic, emotion-stirring sendoff. ISOxo is now returning to the scene of the crime, kicking off NIGHTMODE’s ninth season by taking in the spirit of Halloween to create a goosebump-inducing sophomore single.

“Inhuman” is a deliberate change of speed from his other more bass-oriented tracks; yet it in no way feels out of character for the young-gun. It still exhibits the raw, unhinged craftsmanship that’s evident throughout his trap-leaning discography. However, he’s now opting to run his talents through the wringer of the four-on-the-floor format. Written from the perspective of the proverbial outsider, the house cut is a chilling and cinematic offering that will make the ego feel like it’s melting away into the darkest recesses of the mind. An ominous music box melody does its job of keeping the listener transfixed in its lilting movement, while ghostly high-pitched vocals lurch from the shadows of creepy guitar riffs, gritty basslines, shuffling drums, horror-friendly scream samples, pan flute, and haunting strings filling out the breakdown.

Julian Isorena, the mastermind behind the ISOxo pseudonym, is at the breaking point of his music career. He recently made his festival debut to a slammed crowd at HARD Summer Music Festival in August. What’s even more impressive is the fact that he also hosted a separate Nightrealm stage takeover in which he played a second set, in addition to curating an incredible lineup of like-minded artists including Flosstradamus, Mr. Carmack, Jawns, Revel, Aleko, and more. It was one of the highlights of his sold out Nightrealm tour, a run of dates across North America to celebrate the release of his critically acclaimed five-track EP of the same name. He’s having a watershed moment, and “Inhuman” is the next step in evolution for the one and only ISOxo.

“‘Inhuman’ is about a person who is unhappy because he feels different from everyone else and believes he should give in to the pressure of society to be ‘normal.’ As he slowly begins to accept himself for who he is, he starts to break free and finally finds happiness within himself.”–ISOxo