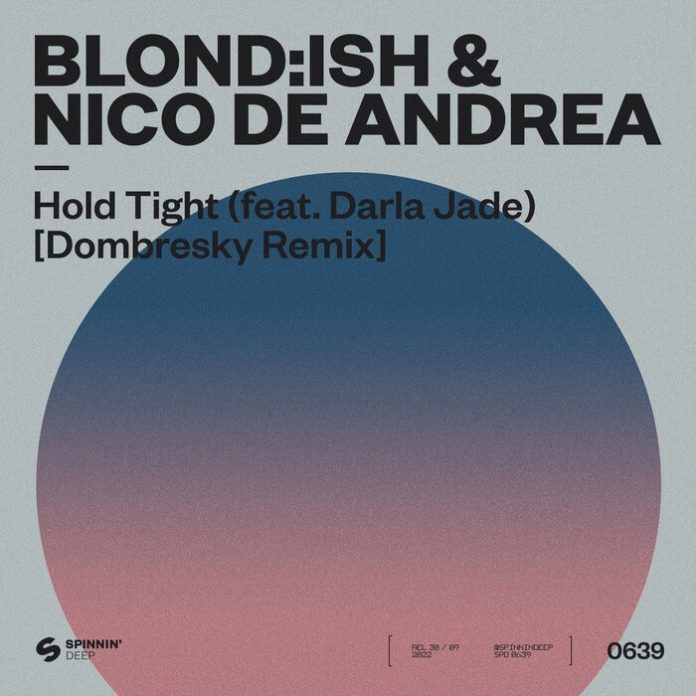 Which paved the way for a powerful remix treatment, delivered by one of the best in the game. French producer Dombresky already delivered stellar remixes for the likes of Armand van Helden, A-Trak, Claptone and Anabel Englund, and has created a stir with his radiant house sound for over a decade already.

Dombresky keeps his eyes steady on the dance floors with this one, allowing the beat to lead the vocals, maintaining a sharp and punchy groove, turning the record into a destined DJ crowdpleaser in this revitalized new version. Better “Hold Tight” once again, cause this record leaves no doubt about its ecstasy inducing intentions.