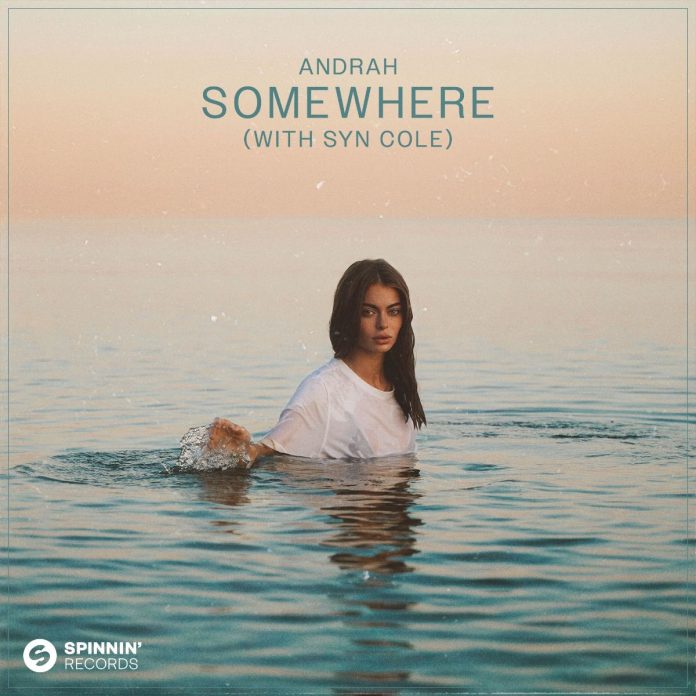 Kicking off her music career in the most impressive manner, young aspiring artist Andrah brings a beautiful rendition of a Keane classic. “Somewhere” sees her join forces with fellow Estonian, renowned multi-instrumentalist Syn Cole, delivering a delicate deep house groove and warm synth pads to accompany Andrah’s gentle, fragile voice. The result is a touching, melancholic song that easily counts as one of this year’s most precious debuts – out now on Spinnin’ Records.

Not yet known to many, Andrah has mainly worked as a model for various brands in the baltic region. Heavily influenced by music and visual art, she recently teamed up with multi-instrumentalist/producer/graphic artist Syn Cole to work on songs of her own.

Syn Cole, on his turn, already made waves in the past as an artist on Avicii’s LE7ELS label, remixing several of the Swedish maestro’s tracks as well as dropping hit singles by himself, including 2016’s “Feel Good” and last year’s hits “Feels Like Love” and “Shadow.”

Working on new material with burgeoning star Andrah, he came up with a cover of Keane’s 2003 global smash “Somewhere Only We Know.” In this version, the chords are enhanced by subtle synth pads, beautifully built into a catchy mid-tempo deep house rhythm, working up sweet layers of melody. It’s a perfect backing for Andrah’s gentle vocals, soft and emotional, providing a nice twist to this world famous song.

“Somewhere” is bound to set off a stellar career for Andrah. In the capable hands of Syn Cole she’s put in a handsome spotlight, already going viral in TikTok regions, now officially introducing herself to the worldwide music audience. She’s sure to go places, but starts off “Somewhere.”