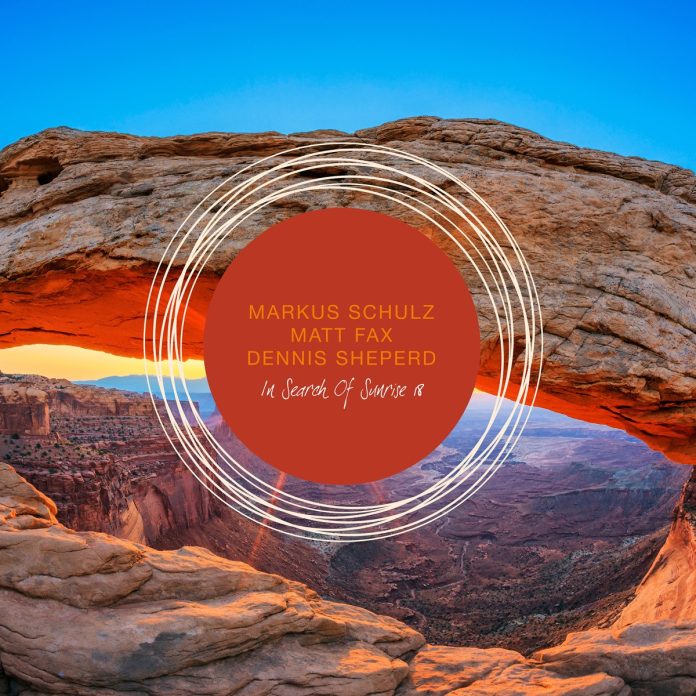 Crowning high summer in the time-honoured (and frankly only decent!) fashion, this year’s ‘In Search Of Sunrise’ is on the none-to-distant horizon. Its 18th expedition, the series that MIXMAG dubbed “the Superbowl of mixcomps” and “the greatest trance series of them all” returns for more epic, sun-questing exploits. With both hands firmly on its stylistic yoke, Markus Schulz delivers his fifth from the lead-mix position. Stuffed to capacity with exclusives, first-hears and bespoke-created studio work, as fluidly as ever its sonics travel the innerspace of progressive, trance and euphoric techno.

If any electronic music compilation album can lay claim to having its very own lane, it’s ‘ISOS’. Defined more by its feel, tempo & vibe than any one genre, the continuance of its unique atmosphere has been a matter of honour for every spinner entrusted with it. Following in the path of previous ‘ISOS’-creating artists, (Giuseppe Ottaviani, Jerome Isma-Ae, Andy Moor, Kryder, Kyau & Albert & Gabriel & Dresden among them), 2022’s sees Markus joined by France’s Matt Fax and fellow German, Dennis Sheperd. Collectively, ‘ISOS18’s co-mixers have once again summoned the one-of-a-kind feel and fashioned it into nigh-on four hours of dawn-adorning audio.

Featuring music from Above & Beyond & Mat Zo, Purple Haze, Ferry Corsten/Gouryella, Grum, Will Atkinson, Solarstone, Chicane, BT, Sunny Lax and a galaxy of other renowned music producers from across its spectrum, ‘In Search of Sunrise 18’ sees the light on September 2.

Few DJs who operate with more stylistic latitude than Markus Schulz (something that probably helped land him the ISOS role in the first place!). He brings all that formative open-till-close nous to bare on a mix that’s twenty tracks rich, an hour & fifteen deep and mind-expandingly wide. Overturing with his quintessentially sunrise-esque ‘When the Light Breaks in Sarmi’, he elevates straight into recent Emma Hewitt collab, ‘Into My Arms’. When it comes to renowned names, Markus pulls no punches, drawing on the latest from Above & Beyond & Mat Zo, Purple Haze, Jam & Spoon, Will Atkinson, Kyau & Albert, Grum and others to keep 2022’s ‘Search’ dialled in. Peppered throughout is plenty from Markus’s own Coldharbour cohort, too, with spear-sharp material from Daxson, NOMADSignal, Mike EFEX and others. Markus also has a direct production hand in no less than eight of the tracks in his fifth trip. Amongst them are ‘Equinox’ and ‘Atlas’: new collabs respectively with Ferry Corsten & Copini. There are also new custom-created Down the Rabbit Hole remixes of Probspot’s ‘Blueberry’ and Rapid Eye’s ‘Circa-Forever’. He also takes another walk to the Dakota dark-side with ‘Manray’, while (echoing ISOS 18’s rocky visual aesthetic) ‘From The Ridge’ plays out another consummate Schulz summer summerizer!

In finding his own sound and groove in amongst the myriad of electronic music producers, Matt Fax is a man who’s pulled off the hardest of latter-day tricks. Getting his ISOS call-up, he codes his set-time into the titles of its bookending tracks. Commencing with/at ‘4.38 AM’, he wastes no time in working his recent revision of Gouryella’s eponymous classic. New Fax-er ‘Compass’ is quickly followed by his purpose-created remix of Kamaya Painters’ ‘Summerbreeze’. Matt proceeds to sandwich a new ISOS-themed take on his own ‘Longing’ release between Solarstone’s languid ‘island’ and the beautiful ache of Eco’s ‘Let You Down’. Giving you what he knows you want, Matt then feeds some stonecold ISOS classics into his mix. Chaining The Thrillseekers remix of Chicane’s ‘Autumn Tactics’, with ‘Eugina’ from Salt Tank, Solarstone’s Seven Cities’ and BT’s ‘Mercury & Solace’, he signs the mix off with his own sun-up track, ‘5.49 AM’

Your final dawnseeker for 2022 is Dennis Sheperd and weighing in with six of his own, he’s been burning plenty of midnight studio oil too. Amongst them as are the JES-collab’ing ‘By My Side’; his x York x Iris meet-up ‘The Fall’ and – overturing the mix – his most recent single, ‘Intouchable’. In and around those, Dennis weaves instrumental treasure like Sunny Lax’s ‘Ayahuasca’ and ‘Signal’ from Kudus. There’s plenty of vocal manna too, not least, the Diana Miro-sung ‘Too Many Games’ from Tim van Werd and his own ‘Torture’, stunningly vocalled by Mira Feder. As the mix crosses its meridian, its tone develops even more stride, as ‘All We Ever Need’ from Paul Arcane, Dennis’s mix of Minus One’s ‘As Memories Fade’ and Florida Forgotten’s ‘Without You’ all apply further surge. Signing ‘ISOS18’ off in grand style, Dennis deploys George Jema’s ‘Meet Me At Sunset’, his own ‘Break The Ice’ and DJ T.H. & Deirdre McLaughlin’s ‘Over And Over Again’ to devasting and evocative effect. With the series closing in on its landmark 20th release, 2022’s ‘ISOS’ drops Sept 2. Kiss the summer off in the only sensible manner, hereabouts[https://blackhole.lnk.to/isos-18]!