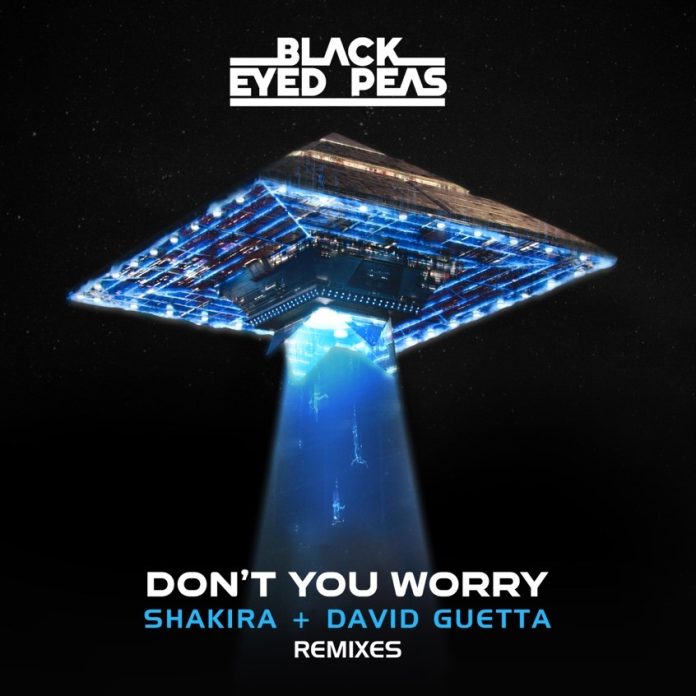 As the original edit of ‘Don’t You Worry’ continues to roar its way up international music charts, multi-GRAMMY Award winners Black Eyed Peas, Shakira and David Guetta today unleash a trilogy of dance floor-focused remixes from Malaa, DJs From Mars, Dubdugz, Mark Ursa and of course, Guetta himself.

Italian upstarts DJs From Mars – who describe their own sound as a combination of ‘Bastard Pop’ and ‘Alien Electro’ – join forces with the legendary Guetta to drop probably the most vocal-heavy remix of the package. Bringing out the big guns from the start, the remix is packed to the hilt with stuttering, shuddering basslines and arrogant synth stabs that saunter across the single’s thundering rhythm sections. The most vocal driven remix out of the three remixes on offer, make no mistake, this is an out-and-out club destroyer that has already been doing serious damage in Guetta’s Ushuaia sets (LINK).

Harnessing swaggering basslines to underpin the Euro-pop synth sensibilities of the original cut, Brazilian duo Dubdogz and Belgium’s Mark Ursa turn up with an absolute juggernaut of a remix. Rumbling, tumbling depth drops in one direction and light, almost hopeful FX in the other give the trio’s version an expansive sonic dynamism that perfectly positions it for main stage sets the world over.

With an undeniable Midas touch, mysterious Frenchman Malaa has a well-earned reputation for turning out banger after bass-drenched banger, and his take on Don’t You Worry is no exception. Taking minimal snippets from the top line, the balaclava-clad enigma flicks them across the remix with frightening precision, Jackson Pollock-like strokes across an electronic canvas made up of twitching, glitching percussion and syncopated, jacking FX, rubbing up against the mainline rhythm with dark ferocity.

With more major remixes rumored to be in the works for ‘Don’t You Worry’, and the release of the Black Eyed Peas’ ninth studio album drawing closer, fans of the American supergroup look set to enjoy a deluge of new music over the coming months. Having just closed out a hugely successful European tour, taking stadiums across the continent by storm, will.i.am, Taboo and apl.de.ap are once again proving that the legacy of the Black Eyed Peas is not just one that endures, but that continues to grow, forging new paths into fans’ hearts everywhere.