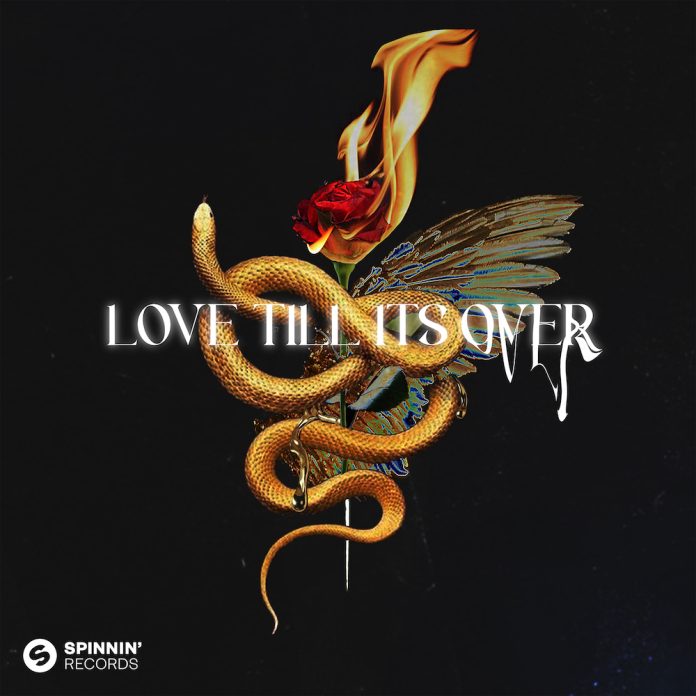 DVBBS has proven itself an unstoppable force of modern day electronic music. From their first hit releases in the early 10’s, including the genre defining Borgeous collab “Tsunami,” to recent hits “Body Mind Soul” (together with Benny Benassi) and this year’s Galantis collab “When The Lights Go Down” – all have racked up millions of streams, setting their name in stone as one of the world’s most renowned dance acts.

In yet another surprising move, the DVBBS brothers now return with a sound that inventively blends their classic big room vibe with contemporary production. “Love Till It’s Over” opens as a gentle, progressive styled song, bringing in the warm, sultry voice of MKLA (famed for her work with a.o. KSHMR, Alok, Vintage Culture, Steve Aoki) over ominous synth pads and rising crescendos.

It’s exactly that balance between hallucinant vocals and fierce, bass driven rhythms that sets this tune on fire, underscoring once again DVBBS is a production team to be reckoned with. Ten years in the run, the love is far from over.

See also  DIMITRI VEGAS & LIKE MIKE, AZTECK AND HAYLEY MAY “ARE IN HEAVEN” ON SONY MUSIC !