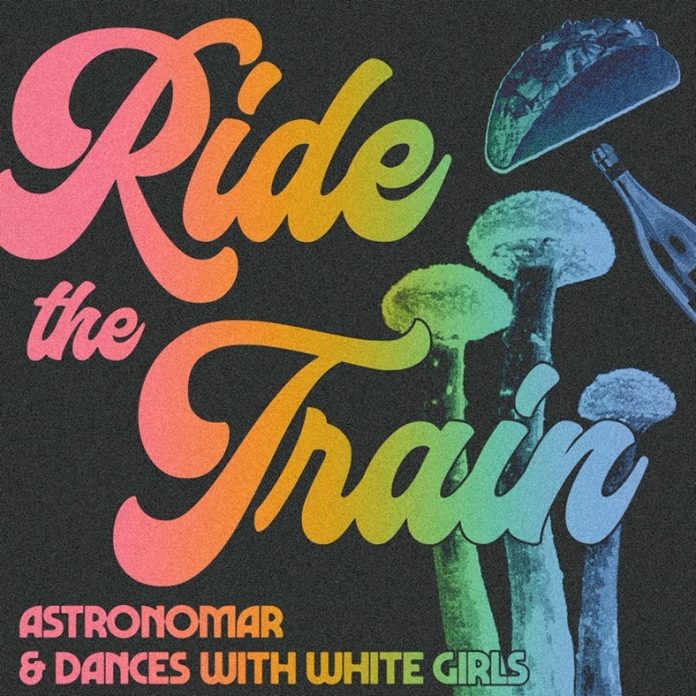 Time-tested DJ /Producers Astronomar and Dances With White Girls team up on the intricately produced House banger ‘Ride The Train’ out 15th July via Ultra Records.

Astronomar has been an active contributor to the Dance Music landscape for over a decade through original productions, extensive collaborations and endless remix work for the likes of Diplo, RL Grime, What So Not and many, many more. His productions have been utilized by some of the powerhouse labels within the Dance space such as Mad Decent, Ministry of Sound, Toolroom’s annex label Strange Love and countless others.

In addition, his experience extends into assisting the operations of highly credible independent labels like Rules Don’t Apply (Walker & Royce’s imprint), IN2ITION (new label with Sinden) and formerly served as creative visionary for the iconic underground club label Main Course. With these kinds of accolades, it is no surprise that he now releases a massive joint record with the worldwide music entity Ultra Records.

Speaking on the record Astronomar says “This track has been a long time coming! Dances and I wrote & recorded it 4 years ago, and we’re so happy to finally be able to share it with the world such a colossal platform like Ultra. We really just want people to ride trains.”

On this unique and bouncy anthem, he joins forces with Dances With White Girls, who’s quickly becoming a household name in the music industry. Taking pieces from house,hip hop, blog house, Philly club, techno and more, he is renowned for his eclectic technical  DJ sets and distinctive vocals which have graced the hits of fellow artists such as Chris Lake, Walker & Royce, Matroda, J. Worra, Theophilus London X Tame Impala, and more, a  polymath who’s work is inescapable in clubs worldwide, and online Radio Show host (Club Demon Radio on Amp).

About the upcoming release he said: “Ride The Train is a trippy tale about the casual chaos when I hop into the streets. We love to have fun and made a goofy catchy anthem for discerning dance music heads”

With a jam-packed year of gigs and performances to come from both artists, ‘Ride The Train’ is set to disseminate from the very dancefloors it was created for and promises to be a staple record in the sets of DJ’s across the world.