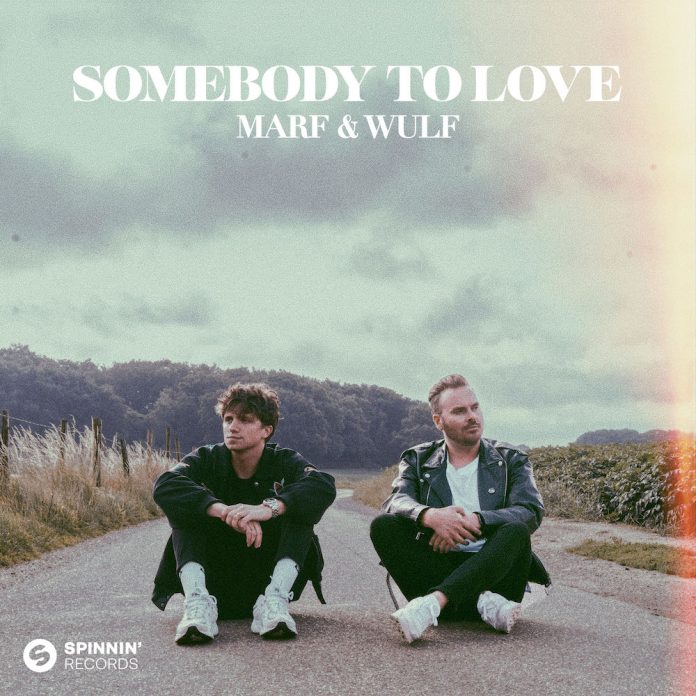 Coming up strong, DJ/producer MARF presents his next milestone with the release of “Somebody To Love,” a collab with renowned fellow Dutch artist Wulf. Both rising talents have been praised for their affective, electronically driven pop songs, and this passionate new single bursts of fresh inspiration, featuring gentle guitar chords, gripping vocals and unforgettable hooks. Brace yourself for a powerful bop that won’t soon be forgotten, reminiscing warm summer nights and lost loves – out via Spinnin’ Records.

MARF is absolutely living up to the reputation of new kid on the block, shaking things up with 2020 single “Miss You” (alongside Tungevaag and Sick Individuals), last year’s Nicky Romero collab “Okay” (feat. Wulf), and this year’s crowd favorite “Give Me Your Love,” a teamup with none other than Lucas & Steve. Early as his career might be, MARF’s records are already counting millions of streams, definitely settling his name in the worldwide dance music scene.

Joining forces with singer-songwriter Wulf makes perfect sense. Both already worked wonders together on “Okay,”, while the much lauded fellow Dutchman also provided the world with an impressive selection of hits, including the vocals on the game-changing release Summer On You” by Sam Feldt and Lucas & Steve. On solo duty, further chart success followed, like debut single “Mind Made Up” and the widely played radio hit “All Things Under The Sun,” reaching dozens of millions of streams on Spotify alone.

“Somebody To Love” sees MARF & Wulf take their trademark sentimental sounds to an exciting new station. Essentially a love song, accompanied by tender guitar chords and Wulf’s heartwarming vocals, the mood quickly builds towards its grand chorus, backed by a pounding beat and invigorating piano chords. ‘I hope you find somebody to love’ are the words screamed out here, a romantic call that begs to be shouted out by a massive festival crowd.

It’s the dreamed result of a talented singer-songwriter and one of Holland’s most prolific new producers – an emotional song that touches both heart and soul, while providing the climax of a true progressive styled dance performance. This is MARF & Wulf going all the way with their electronically charged power ballad, sure to mesmerize fans as “Somebody To Love” crosses their path.