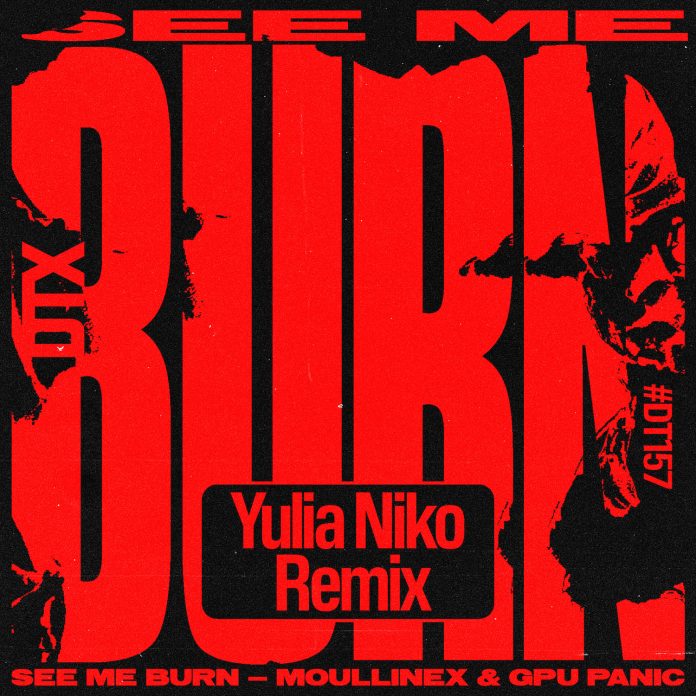 Following a run of critically acclaimed releases on the likes of Watergate, Crosstown Rebels, Scenarios, 8Bit, Orianna and In The Mood, amongst others, boundary-pushing Ibiza-based DJ, producer and Mixmag cover star Yulia Niko now readies the latest weapon in her ever-expanding musical arsenal with the announcement of a huge new remix for Moullinex & GPU Panic’s immense house cut See Me Burn.

Out now via esteemed Lisbon-based imprint Discotexas, Yulia’s remix sees the globe-trotting producer offer up her own resplendent interpretation of the mind-bending, six-minute single, as she puts her inimitable stamp one of the biggest house tracks of 2021.

Delivering a beautifully nuanced underground house cut, awash with luscious organic textures, restrained rhythms and a blissful groove that bolsters the record across its duration, Yulia’s remix is an absolute masterclass from the off. Subtle yet majestic, the remix is produced with the poise and elegance of an artist who has been captivating minds with her music over the past few years – an artist whose ability to link innovative production with consensual reception making her one of the most unique and original figures in the game.

Speaking about the record, Yulia commented:

“I believe I have my own style, and the key is just to stay true to myself and be real, positive and happy. The main thing I care about is that everyone is having fun, whether they its my friends in the DJ booth or strangers on the dance floor. The same goes for my production, I try to keep uplifting and bring a positive message into the world”.

Known for her genre-bending hybrid of melodic house and underground techno, Yulia Niko’s productions have been featured on her own imprints and leading labels such as 8bit, Crosstown Rebels, In The Mood, Nervous Records and Objektivity to name a few. Based in Berlin, but having relocated to Ibiza for the summer, Yulia tours extensively across the globe with DJ sets at leading club nights and festivals. Yulia’s fans can hear her at upcoming tour dates, which include OFF Sonar (Barcelona), Amnesia (Ibiza), Opia (Mykonos), Warung (Itajai) and Burning Man, amongst others.