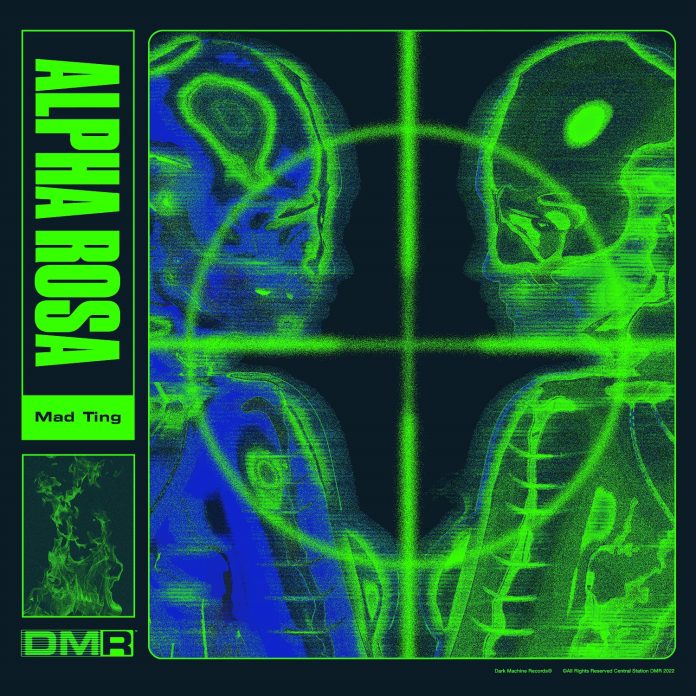 No stranger to a rave, Alpha Rosa’s sound has been meticulously curated through years of
experience firstly as a producer and secondly as an enthusiast.

Mixing traditional elements of DNB with futuristic synthesizers, ‘Mad Ting’ is a dark and twisted journey of lower frequencies and higher tones of rhythmic energy. Be sure to keep an eye on this producer – one to watch for the future!

“I’m so stoked to be releasing Mad Ting as my first single – and on such a dope label in Dark Machine Records with ShockOne too!!! I started off my production journey writing DnB and Dubstep back in the day, and it feels so good to be back. There’s such diverse range of old and new styles being made atm, and the scene is so hyped and supportive!!” – Alpha Rosa.