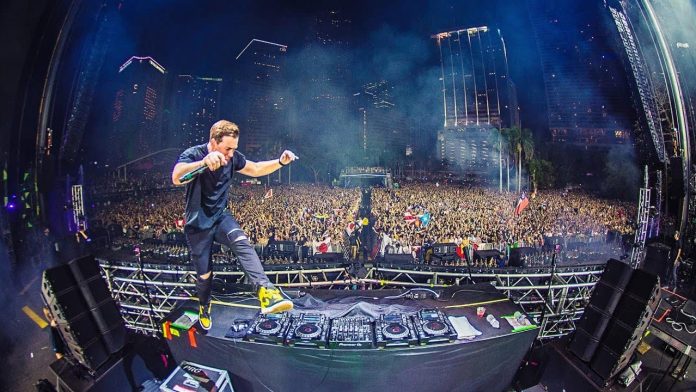 Following a four-year hiatus and the announcement of both his ‘REBELS NEVER DIE’ world tour and soon-to-arrive album of the same name, a selection of main stage-worthy tracks and soon-to-be-classics has introduced a new side to Hardwell’s rebirth.

Take ‘DOPAMINE’, laced with a ferocious attitude and the recent single ‘GODD’ that twisted modern nods to the tech and trance genres for a genuinely immersive listen; Hardwell now prepares to release his latest synapse-snapping track with ‘MINDCONTROL’.

Premiered during Hardwell’s explosive Ultra Music Festival set earlier this year, ‘MINDCONTROL’ bridges together bold spoken word and rolling techno glitches that layer to welcome audiences into the darker, otherworldly environment he has crafted. “The question is, can you handle your mind? “speaks the intergalactic-like introduction, punctuated with oscillating synth notes that get tighter, maintaining a firm grip that shimmers with glassy, metallic elements before moving into the fiercely club-ready.

Locking into a rhythmic tempo that pumps with boisterous kicks and an edge of rapid force, ‘MIND CONTROL’ is the latest sensational Hardwell release set to imbue the scene.