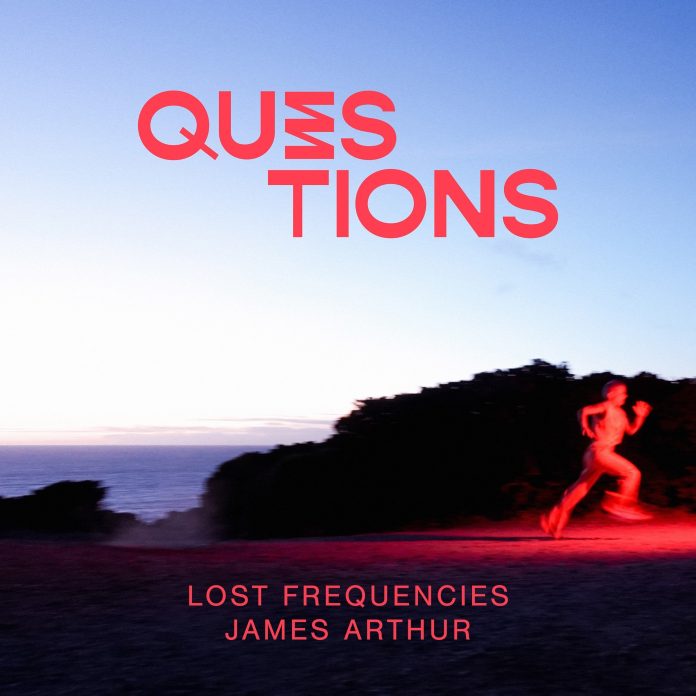 2022 has already been a massive year for none other than Belgian superstar Lost Frequencies. Following his multi-platinum and #1 charting single “Where Are You Now” that hit the top spot in 5 countries such as the UK, Ireland, Slovakia, and Top 10 Charting success in many more including Germany, Australia, Sweden and his home of Belgium, Lost Frequencies now teams up with vocalist extraordinaire James Arthur on their new track “Questions” via Sony Music Benelux/RCA Records.

Building on harmonic layers of barely-there keys and guitar twang notes that set a foundation for the brooding release, James Arthur’s distinctive vocal loops on delivery of “how, where, when, why”, bring the essence of the track title into the fold, before his raw, tone bursts out of the speakers. Establishing the main body of “Questions” with shimmering synths and deep, reverberating house beats, progressive-leaning touches then enforce a stylistic and sleek offering firmly in the pop-dance crossover realm. Uplifting and affecting in a stellar merger of variety, as James’s vocal moulds into a delivery that encapsulates, “If you don’t ask questions then you won’t know why/ like how is it so easy when you say goodbye?”, “Questions” connects both artists’ signature touches with electricity, worthy earworm production and passionate vocals.

With billions of streams to his name and almost 26 million monthly listeners on Spotify alone, and 11 platinum singles, Lost Frequencies has become one of the industry’s most in-demand and notable names. Pre-pandemic, Lost Frequencies topped Festicket’s list of the most festival appearances across one summer, with 49 festivals around the globe in 21 countries across 3 continents, beating the likes of The 1975. This year, he will also return to world-class festivals, including Tomorrowland, Balaton Sounds, Pinkpop, Airbeat One, Creamfields, and many more. Additionally, his ‘Lost Frequencies LIVE’ tour announced a 23-date run across the US and Europe; expect an exciting year ahead from this trailblazing producer.

Speaking on the new release, Lost Frequencies said: “After a massive collab with Calum Scott on ‘Where Are You Now’, I felt like I was in a nice place for my next move! I’ve been working on tons of music the last few months, but when ‘Questions’ came along and I started to work with James Arthur on the vocal, I knew this was going to be the next single! Production-wise, I liked the idea to follow the flow of my previous single, but with a big chord progression before the chorus to give a good feeling in the track, before falling back in a more melancholic mood! Can’t wait to play this one on shows and see the reaction of the crowd!”

With over 30 million records sold and a stratospheric rise to become one of the most celebrated vocalists in recent years, James Arthur’s catalogue spans billions of streams, including iconic tracks “Say You Won’t Let Go” and “Impossible”. With “Questions” Lost Frequencies and James Arthur have undoubtedly carved out one of this summer’s biggest anthems.

James Arthur says: “Loved putting the vocal on ‘Questions’ – Felix is a huge talent. The track came together very quickly and with ease…It definitely feels perfect for summer.”