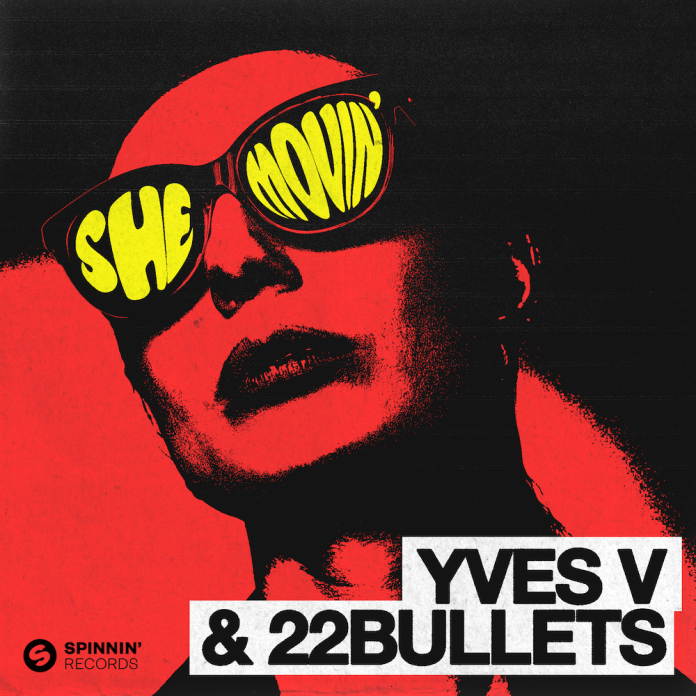 With epic tracks including ‘Not So Bad’, ‘Imagine Me & You’ and remixes for esteemed names including K-Pop sensations VIVIZ receiving tens of millions of streams, Tomorrowland affiliate and glowing Spinnin’ Records favorite Yves V now lands back on the esteemed imprint alongside 22Bullets on “She Movin'”, set to get the Summer season heating up!

22Bullets is a name that has revved up the Asian scene with releases across the likes of Dharma Worldwide, Musical Freedom, Revealed Recordings and many more, remixing the likes of Thailand’s number one rock band Bodyslam, propelling him onto the global stage as a fierce name in the scene. As both artists unite on this unapologetically bass-driven and weighty release, ‘She Movin’’ adds an urban edge into the fold to create a unique, jump-up take on the electronic genre!

Merging deep house and progressive-leaning synths that fizzes and illuminates the push and pull of hefty, chunky beats, both artists present their production prowess as one not to be messed with. As glistening melodic tones shimmer come the uprising bridge, it’s not long before ‘She Movin’’ is rolling through the motions like a steam train, connecting with the listener thanks to its layered assault on the senses, all whilst keeping one foot firmly on the midnight dancefloor.

Consolidating bombastic drama together with finesse, Yves V and 22Bullets first collaboration ‘She Movin’’ is pushing the gears into overdrive as the pair land on Spinnin’ Records in golden form – make sure you get your hands on the track.