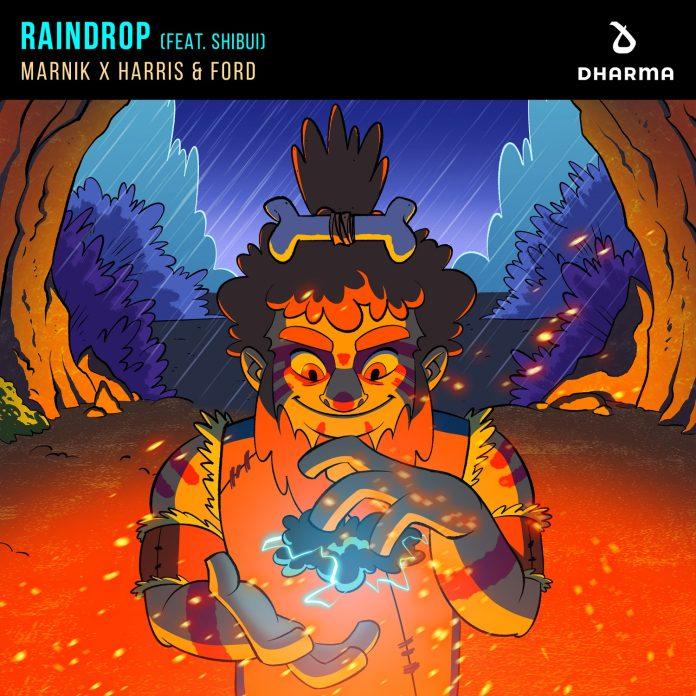 Italian powerhouse Marnik brings a cool shot of rave flare as the duo teams up with Austrian tastemakers Harris & Ford for “Raindrop.” Featuring the singer SHIBUI with delectable and stirring vocals, this single is a self-proclaimed hymn to festival life, action packed with rumbling drums, Celtic sounds, classical harmonies and invigorating triplets. Grab your umbrella, because these “Raindrop”s are falling via Dharma Worldwide.

Italian duo Marnik counts as one of Italy’s most preferred crowdpleasers. Going strong since the early 10’s, the guys have rocked stages throughout the world, thanks to a hearty discography of festival hits, gathering hundreds of millions of streams along the way. From their 2015 KSHMR collab “Bazaar” and 2018’s Steve Aoki teamup “Bella Ciao” to recent smashes like “Butterfly” (together with Hard Lights) and this year’s “Stop The World,” another collab with Steve Aoki.

Surely, Harris & Ford make for ideal Austrian counterparts, displaying a similar taste for lighting up festival stages, renowned as they are for blending hardstyle sounds with formidable EDM vibes. This has led to quite some hit tunes, including 2020 smash “Nachbarn” and last year’s rave anthem “Irrenhaus,” resulting in tens of millions of streams and an increasing international audience.

“Raindrop” sees both acts cranking things to 11 and reaching their full potential. Setting the stage with grand drum rolls,  SHIBUI immediately makes clear where this tune is going; letting her vibrant vocals push the song to its undeniable climax. Mystic Celtic chords and subtle backing classical melodies  contribute to the thrilling vibe that ultimately finds relief with a powerful drop, unleashing sweet triplet beats and a mesmerizing rhythmic melody.

With a breakdown that’s results in nothing less than a hands-in-the-air singalong, it’s obvious Marnik and Harris & Ford have got another festival highlight on their hands. Immaculate production combined with raw sounds and ancient impulses to get together and dance your socks off, “Raindrop” is satisfaction guaranteed – a sure shot summer anthem coming your way.