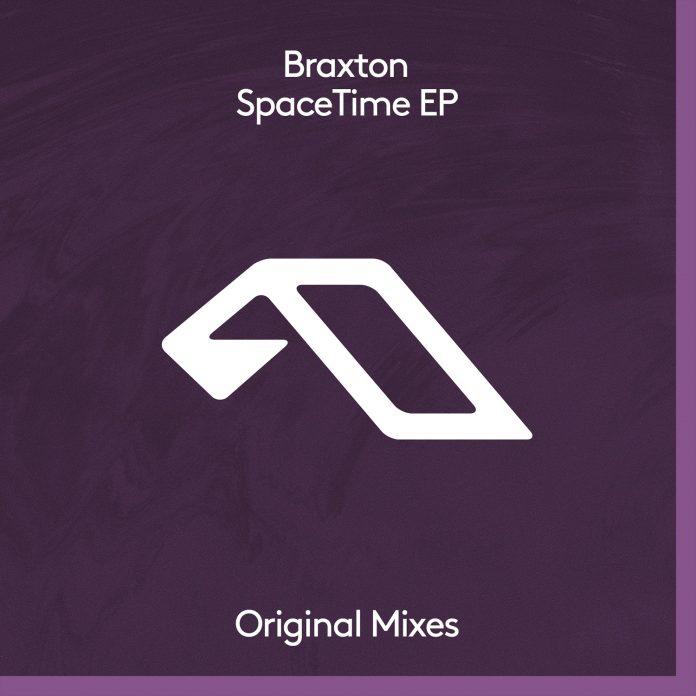 Fast-rising Producer & DJ Braxton returns to Anjunadeep with the sumptuous ‘SpaceTime’ EP released on 30 May, featuring his acclaimed collaboration with Jody Wisternoff & James Grant, ‘SpaceTime’ which appeared on the recent Anjunadeep 13.

The euphoric and magical title track ‘SpaceTime’ was actually written during the depths of lockdown when Braxton felt he was “struggling with a sense of purpose and days seemed to blur together.” After Braxton sent the demo to Jody Wisternoff and James Grant, the duo gave it their own special touch, complete with its other worldly sound. ‘SpaceTime’ has received a fantastic reaction when played out, including at Anjunadeep’s Printworks event and the Anjunadeep 13 live stream in Montenegro.

Braxton takes things deeper with ‘The River’ which was inspired by his love of the late ‘90s rave scene and iconic live acts of that era such as Orbital and Underworld. The hypnotic track is about Braxton finding his way “back into reality” after the lengthy and bewildering periods of lockdown. ‘(Don’t) Wake Me Up’ closes the EP perfectly and is described by Braxton as “the darkest sounding track I’ve released. It fully represents the headspace I was in when I wrote it. This was me at the toughest point of 2021, when everyone was suffering, and I just escaped into music.”

On ‘SpaceTime’ EP Braxton said: “I think we’ve all gone on a long, weird journey the last couple of years. But throughout that journey, I felt like I couldn’t move, like I was trapped in a dream. The SpaceTime EP is the sound of all that, and about slowly flowing back out of it together, moving towards moments that have meaning again.”