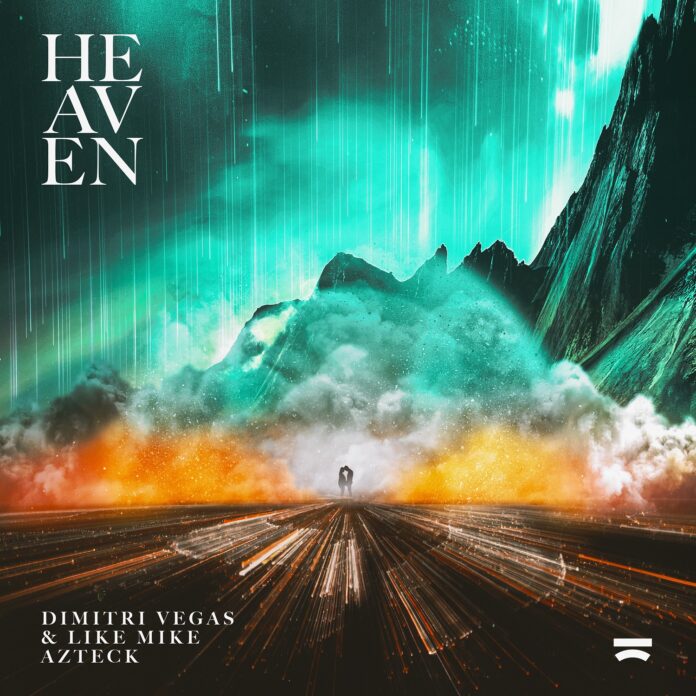 Platinum-certified international stars Dimitri Vegas & Like Mike team up with rising electronic star Azteck and singer/songwriter Hayley May for a capturing remake of a 90’s party anthem. Out via Sony Music, the collective of artists on this project transformed ‘Heaven’ into a euphoric piano-led house banger.

With the party calendar back on the agenda for summer 2022, ‘Heaven’ is guaranteed to soundtrack the good-feeling vibes clubbers will be experiencing this season. Filled with danceable energy and references from Hayley May to Ibiza’s most famous sunset town, this new retake on ‘Heaven’ is a new direction from the original’s classic track. Fusing the magic of Dimitri Vegas & Like Mike’s chart scorching production talent with the wonder of Azteck’s unique appeal, the song delivers a powerful presence when dropped on the dancefloor.

The monolithic brotherly duo and ambassadors of the worldwide phenomenon Tomorrowland, Dimitri Vegas & Like Mike, have climbed global charts with mega-hits that include ‘Say My Name’ and ‘Instagram’, which has over 350 million streams. The 2 x former World No.1 DJs have collaborated with everyone from Diplo and David Guetta to Hans Zimmer and Wiz Khalifa. Whilst clocking up more than 30 million fans on social media and playing the biggest stages in the scene with a schedule of more than 150 shows per year all over the globe.

Producer/DJ Azteck has had a rapid ascent to success in a short space of time, and yet his experience in the music scene is enormous. Behind the scenes he has contributed writing and producer credits to many artists, working on a breadth of hit songs with some of the biggest names in music that include Armin van Buuren, Hardwell, Tiësto, Pitbull and Wiz Khalifa. Dropping his debut single ‘Endlessly’ back in 2020, Azteck has since collaborated with a pleathora of artists that include Afrojack, Chico Rose, Kimberly Loaiza, Timmy Trumpet, as well as Dimitri Vegas & Like Mike.

Hailing from Yorkshire, Hayley May has a distinctive vocal and brings a soulful and rich texture to her delivery. With over 200 million streams on Spotify alone, Hayley has provided vocals for Joel Corry’s 2019 platinum-selling summer hit ‘Sorry’, Gorgon City ‘Never Let Me Down’, M-22’s ‘How Does It Feel’, which she also co-wrote. Hayley also wrote and did the vocals for Eli Brown’s ‘Killer’, which was named Hottest Record in the World by Radio 1’s Annie Mac.

Dimitri Vegas & Like Mike x Azteck x Hayley May ‘Heaven’ is out on Sony Music now.