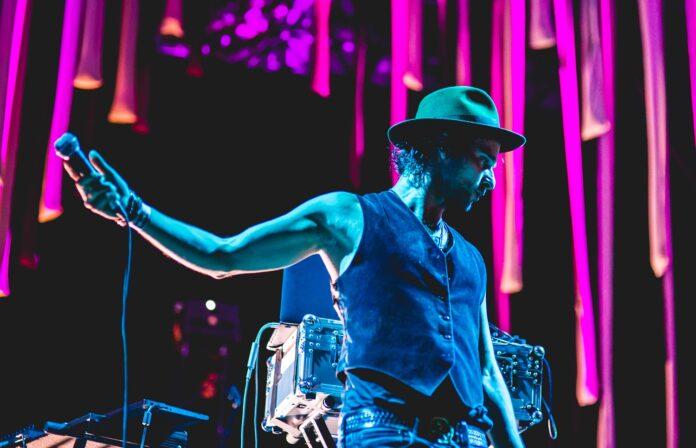 There is a tendency within modern electronica to pigeonhole and categorise, to package music into easily digestible formulae that fit neatly into industry marketing machines, churning out vapid, mechanical produce to consumers on the other end. In direct revolt comes Dutch artist Satori and his new album Dreamin’ Colours, released globally April 22nd, 2022, on renowned imprint Crosstown Rebels.

An ethereal, swirling body of work, Dreamin’ Colours is rich in texture, colour and imagination. Satori stretches himself out through languorous, mystical explorations of both the digital and the analogue elements of music, the result a beautifully conspired collection of world music, steeped in electronic and Romani roots, and straddling a multitude of genres from blues and indie electronic to opera, folk and beyond.

Although raised in the Netherlands, where commercial electronic music is of course king, on Dreamin’ Colousr it is undeniably Satori’s Balkan heritage that layers his production with dreamy, ethereal, Eastern European influences. The album’s overriding voice lies in his exultant celebration of Eastern European music, weaving vibrant threads of its earthy, melodic, rhythmic sounds into his thick musical tapestry. Written during the pandemic and driven by the ache of separated love, the album is, Satori says, his most personal yet.

“My woman was stuck in NYC and we couldn’t be together. We all thought the world was about to end. I managed to sneak into Ibiza with a fake residency document and I went to the Sonic Vista studio to go in quarantine and express what I felt in music. I was writing a lot of demos, on the piano, on the guitar. Singer songwriter stuff. And very fast I was able to tell my personal stories, most of them about my girlfriend.”

Unique studio techniques making the album proved to be vital to the music’s overall sound and artistic connection, as Satori explains further. “Since it’s such a personal album I wanted to create that intimate relationship between the listener and the song,” he says. “And you don’t get that when you use a bunch of digital plugins that everyone is using. It’s that physical space that gives this intimacy to the song. “Although it’s an electronic album and all sounds are made by myself, I wanted to give it the sound and feel of a record made by a band. I teamed-up with Henry (Sarmiento) from Sonic Vista Studio, and we decided what this album needs are recording techniques used in the 70s and 80s. We basically approached an electronic album the way a Bowie record would have been recorded.  “The key was using microphones and recording it in a real room. Even if it was an electronic sound coming from the computer. We played the sound over a speaker, recorded the speaker with a microphone in a real room, and then took that recording back in the project and basically deleted the electronic. As a result, you get that the whole record sounds like it was played by a band in a room. That’s the sound I was aiming for.”

Championed early on in his career by Damian Lazarus and with a discography that sits on revered imprints including Crosstown Rebels, Sol Selectas and DGTL Records, Satori’s electrifying Maktub performances alongside long-time contemporaries The Band From Space have also established him as a must-see live act for fans around the world. As Dreamin’ Colours introduces him to an ever-growing audience, Satori remains one of the most exhilarating, untamed and truly authentic forces in music.