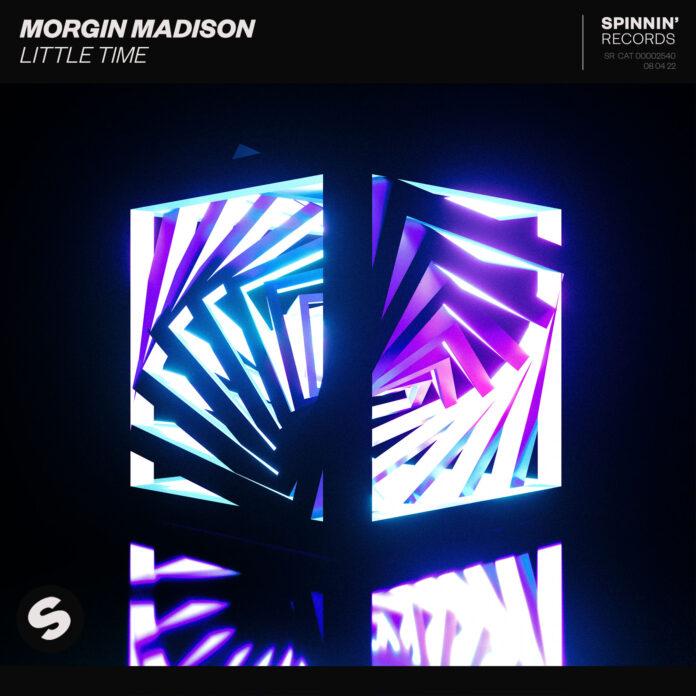 Steeped in the golden era of progessive house, “Little Time” is an enthralling mix of the familiar and the future. Anchored with warm synths, yet still subtle and restrained, Morgin’s penchant for radio-ready melodies are on full display on “Little Time.” Peppered with vocal hooks, “Little Time” effortlessly blends club and catchy.

“‘Little Time’ is the next chapter in my production style I’ve come to describe as ‘new nostalgia’. My biggest inspiration for making dance music is what I consider to be the golden era of progressive house, around the years 2008-2011. This era of dance music was so simplistic to me, relying mostly on good chords and a few distinctive elements. My goal with ‘Little Time’ was to revisit the sound of that era, while at the same time giving it my own modern touch.”

Morgin Madison’s debut album Living the Phantasm rose to critical acclaim upon its April 2021 release, garnering high praise from the likes of Magnetic Magazine, Soundigest, Dancing Astronaut, and Beyond The Stage Magazine, who called the album Madison’s “magnum opus. On Living the Phantasm, Morgin Madison creatively funnels the personal highs and lows of a year that seems to have been ripped from a dystopian alternate reality. When the year 2020 plunged much of the world into an extended period of tension and gloom, Morgin found himself at home creating music for a time that felt like a distant dream. With the music industry seemingly collapsing, he began to ask himself “if this is it, what do I want to say before I go?” The question triggered a creative streak uninhibited by concern for the future, giving him room for expression in its purest form. Living the Phantasm was born.

Madison’s breakout year of 2021 culminated in a nostalgic progressive-drenched single “Running” ft. Fluir (mau5trap), and a final remix of Tritonal & EMME’s “Out Of The Dark” (Enhanced Recordings). Madison’s impressive rise to dance music stardom is heavily celebrated by SiriusXM, with his single “Feels Like” peaking at #3 on SiriusXM Chill, and “Far From Home” ft. Gregg Sgar reaching #1 on the BPM chart. “Far From Home” ft. Gregg Sgar was further celebrated by BPM, hailed by the station as their #9 record of the year on its 2021 chart, and hitting #46 on Billboard Dance’s airplay.