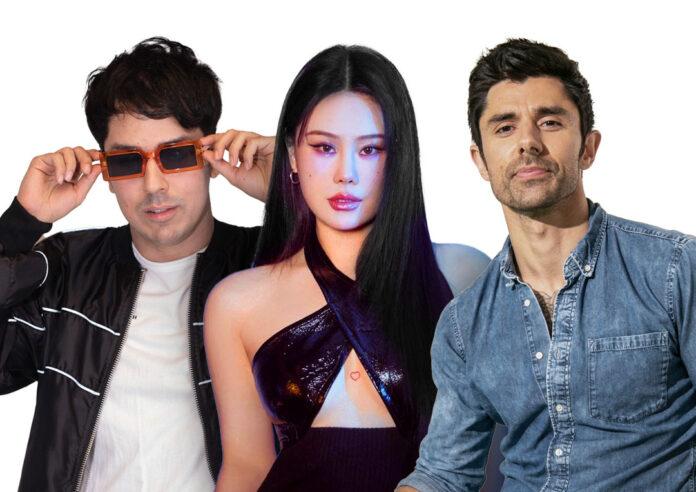 In a whirling collab of epic proportions, Thailand’s 22Bullets has teamed up with famed Chinese singer/songwriter Tia Ray for the serene new single, “It Isn’t Me.” The record also includes production from world renowned, US/Indian producer KSHMR, who was eager as ever to release this record on his very own Dharma label. “It Isn’t Me” brings a sweet blend of fierce vocals, catchy pop hooks and exotic melodics, highlighting the standout production talents of 22Bullets along the way. Find the new single out via Dharma Records.

22Bullets has injected himself into the heart of the global dance scene in recent years. After breaking through in 2018 with hits such as “Take My Breath Away” and “Follow Me,” the rising musician landed massive collaborations with heavyweight acts like VINAI, Timmy Trumpet and Fedde Le Grand, with whom he scored last year’s hit, “Bang Bang.”

It’s been a steady rise to fame for the Thailand DJ/producer, resulting in him being the first South-East Asian artist to rank among DJ Mag’s Top 100, landing among the lauded list of talent in both 2020 and 2021.

For his newest effort, 22Bullets is teaming up with Tia Ray, known as one of China’s most influential singers. Since Tia’s 2014 debut album T.I.A. she’s become a household name in her home country, racking up millions upon millions of streams with her delicate, emotionally charged songs.

“It Isn’t Me” brings it all together. 22Bullets knows his way around electronically driven pop tunes as well as powerful house drops, and lets the record combine the best of these worlds. As soon as the song opens with moody chords and uplifting percussion, Tia Ray’s vocals take the lead with crystal clear lyrics, building towards a chorus that blends perfectly shaped hooks with a deep, bass driven dance groove.

This is pop music in its most essential, contemporary shape, taken to the next level by envelope-pushing productions – not in the least thanks to label boss KSHMR, who connects the song with wonderful layers of sound design and backing melodies. His contribution brings an extra spark to this already stellar production, adding an extra dose of flare to this already exhilarating effort.

The result couldn’t be more impressive. “It Isn’t Me” has the potential of a global radio and streaming hit, thanks to its compelling melodies, outstanding vocals, and sparkling production. Surely another benchmark for each of these artists, as well as the ever surprising Dharma label.