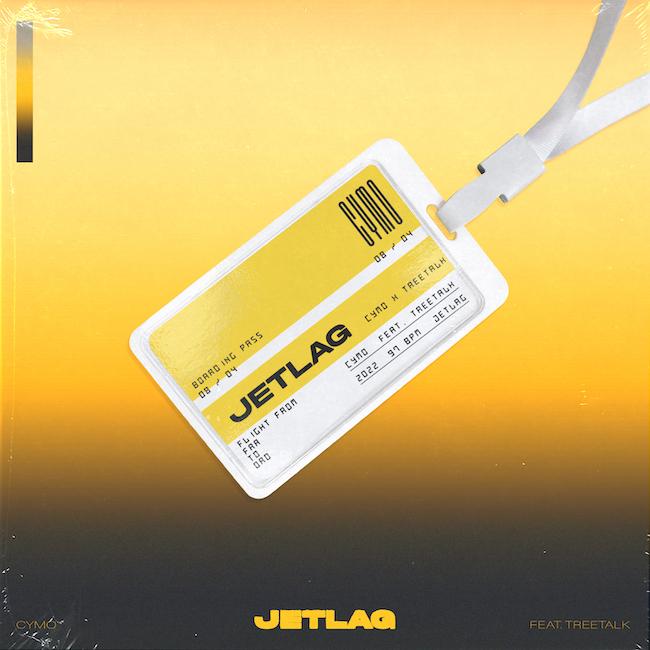 Continuing his clear trajectory to the top, French-German artist CYMO builds on the buzz from previous JUSTN X and Le Boeuf collaboration Game Over with new release Jetlag.

The single, with its brass FX, muted guitar, padded percussion and dreamy vocal topline, has already proved itself a fan favourite, so much so that when CYMO offered up 50% of the track’s master rights via new platform biddz, he had his hand practically snapped off by fans eager to get in on a slice of the CYMO action, the entire bid selling out in just 29 minutes.

“I’m overwhelmed by the feedback,” CYMO said. “At first I was worried if anyone would even be interested in my music NFT, then we sold out after only 29 minutes! That’s just insane.”

Jetlag is a slice of earworm perfection, a fact that’s hardly surprising when you consider CYMO has already had a significant career writing hits for the likes of Alle Farben, Aloe Blacc, Tropkillaz, CRO, HUGEL, Scooter, Sean Kingston and Brown & Grey, among others. Now turning his hand to his own release schedule, it’s clear from the early reaction to ‘Jetlag’ and the continuing success of Game Over that CYMO is on course to produce a slew of major hits for himself as well. And that success is likely to be amplified by fans who bought biddz of Jetlag are now actively involved in pushing the track’s awareness across their own social channels. The more streams and downloads Jetlag has, the more they’ll receive when the royalty checks come rolling in.