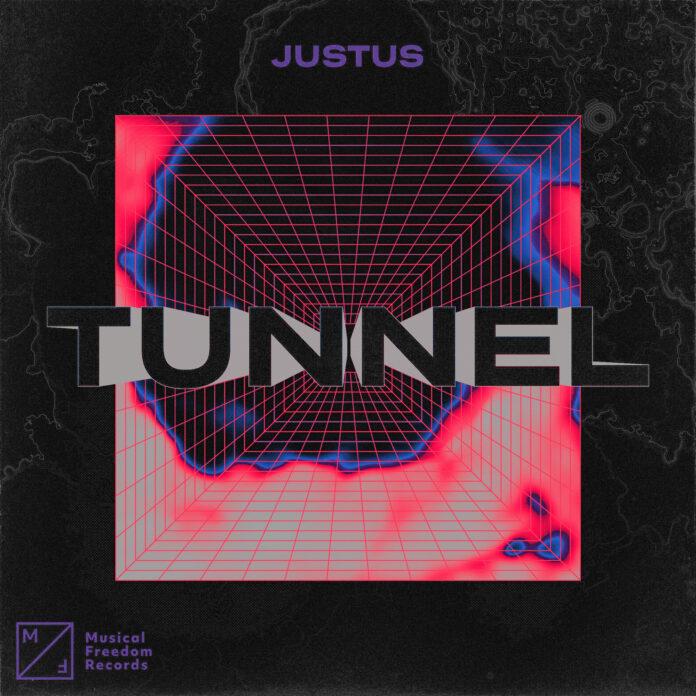 Up-and-coming Dutch DJ/producer Justus returns, dropping his heavily hyped new single, “Tunnel.” Leaning on a riveting techno groove, 90’s rave sentiments, and larger than life big room drops, the new record is the perfect exemplar of what this freshly signed Spinnin’ artist is capable of. Ready to overwhelm festival audiences worldwide, “Tunnel” has already channeled a wave of support from leading industry tastemakers like Tiësto and the recently returned Hardwell.

At just 22 years old, Justus is simply one to watch. In only a few years time, he’s managed to turn heads of the dance industry at large, including nods from stars like Tiësto, David Guetta, Hardwell, Dimitri Vegas & Like Mike, Afrojack and Nicky Romero.

Justus’ claims to fame include the 2020 hit “Time To Say Goodbye” (covering none other than Andrea Bocelli), last year’s remix of Sam Feldt single “Call On Me,” and his recent teamup with Italian hit producer Gabry Ponte in the shape of “Lightning Strikes.” The results have brought him much acclaim, including attention from the industry’s finest, and a recently signed deal with Spinnin’ Records.

And now, Justus is taking his audience even deeper into his sonic “Tunnel.” Using his experience in producing powerful big room drops, sweet vocal intermezzos, and progressive tinged melodies, the now Dutchman adds a raw dose of techno to the mix. Kicked off with dark, immersive beats, and enhanced by spacious and atmospheric sound effects, the “Tunnel” will immediately pull fans underground. =

‘Meet me, in the tunnel’ is the message that follows, complimented by Justus dropping a series of piercing synth stabs, sure to create a frenzy on the dancefloor. The record then moves towards cool, 90’s inspired rave chords, beautifully culminating in a melodic breakdown that builds a wonderful bridge between classic and contemporary genres – the light at the end of the “Tunnel” couldn’t be brighter or harder hitting. It’s a whole new game being played by Justus, a burgeoning star from the next generation of dance producers. He’s able to take you sky high with catchy, big room chords, but at the same time keeps his feet firm in the techno realm. “Tunnel” has got the goods, and you’re bound to love the ride.