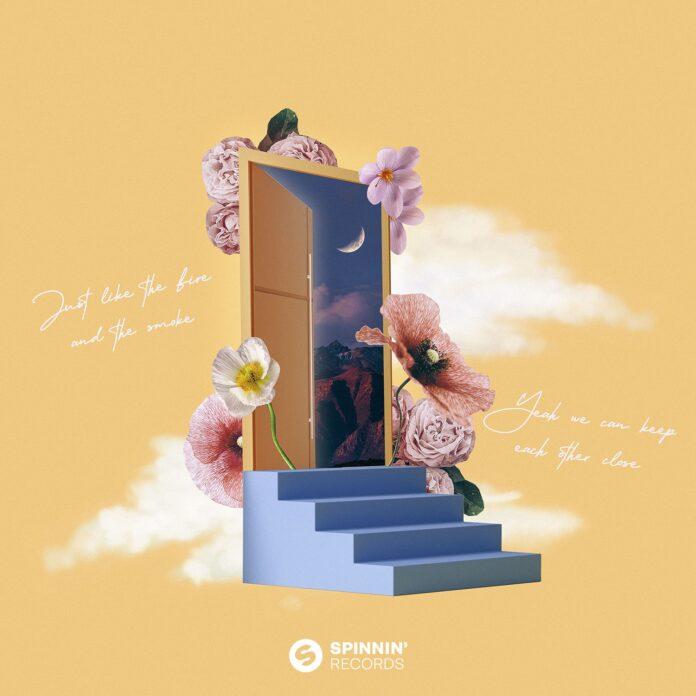 Reaching another apex in his impressive career, Belgian tastemaker Henri PFR has teamed up with Dutch songwriter & producer Solar State and US singer/producer Jason Walker for the whimsically conceived collab, “Stay With Me Now.” The new single builds on acoustic pop sentiments, affective vocals and a powerfully deep chorus, culminating in a memorable, hands-in-the-air moment. It’s the ultimate precursor to Henri PFR’s impending summer tour, including a much anticipated performance at Tomorrowland’s infamous mainstage. “Stay With Me Now” is sure to work its magic there, but catch it first via Spinnin’ Records.

Simply put, Henri PFR’s got a way with sound. Ever since his first claims to fame in the mid 10’s EDM scene, the Belgian musician turned heads with unique productions and striking hooks – equally underscored with his inspiring live sets. This continued  through lockdowns, during which he continued to deliver silky-smooth vibes with popular singles like “No One Knows,” “Bruises,” (together with Madism) and the exciting Gabry Ponte teamup, “The Feeling.”

Often building bridges between strong electronic sounds and pleasing, pop-inspired melodies, Henri PFR holds this technique into perfection with the new release “Stay With Me Now.” For this act, he sought the talent of Amsterdam based icon Solar State, known for his warm productions and work with the likes of Lost Frequencies, Sam Feldt, Martin Garrix, and Alle Farben.

Together, Henri PFR and Solar State have definitely hit a high mark, as they’ve perfectly assimilated the delicate songwriting of renowned US artist Jason Walker in a magnetic piece of vocal house. “Stay With Me Now” features Jason in a shining role, letting his striking voice build momentum over electronically enhanced live instrumentals.  Accompanied by subtle claps and uplifting effects, the song progresses with grand piano chords before a cool,  deep house beat kicks things into gear. The tune reaches its peak when Walker’s inspirational vocals and a huge chorus erupt in a euphoric breakdown, in which piano chords and massive claps tempt listeners to sing along as loud as they can.

It’s clear that Henri PFR has got his live shows in mind with this one, as “Stay With Me Now” is sure to delight audiences worldwide. With this new release it’s all unity and happiness again, taking you straight to seventh heaven with its uplifting melodic vibe – just make sure to stay with him when Henri starts playing it at Tomorrowland’s mainstage.