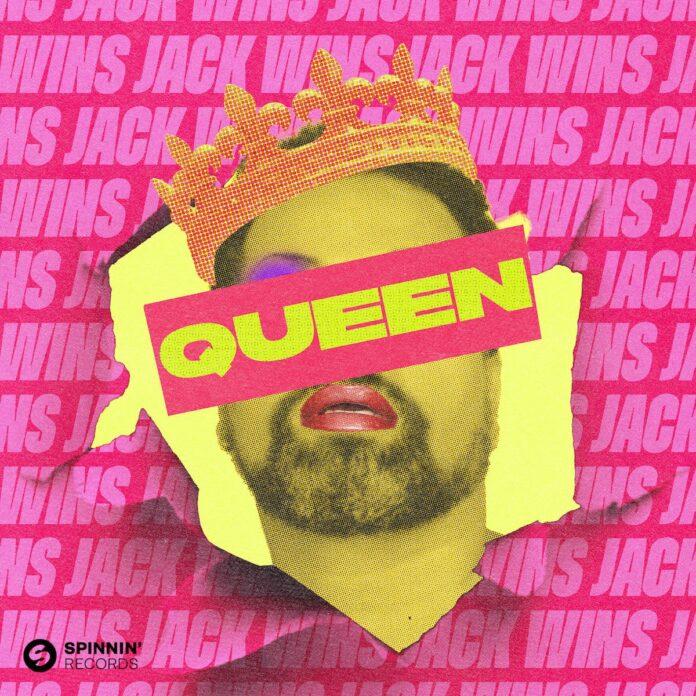 Always keen to revive an 80’s classic, Dutch DJ/producer Jack Wins delivers his powerful new single “Queen.” Built on sweet 80’s melodies and a tasty dose of Billy Ocean’s signature smoothness, the record achieves next level funk with scooping basslines, flashy strings, and upwinding house beats. This is piping hot stuff, served up by one of the rising stars of contemporary house music.

Jack Wins is on the move. The Dutch DJ/producer has cemented himself as one of the brightest lights of the international electronic stage, delivering a slew of releases on labels like Spinnin’ Records, Selected, and Axtone.

Known for his uplifting house sound, often featuring funky basslines, lively samples and irresistible vocal cuts, Wins has continues to outdo himself with unique and unexpected gems. Last year, this culminated in his collab with Joe Stone, with whom he successfully chopped Madonna’s vocals for their hit record “Light Up My Life,” only to be approved by the ‘Queen of Pop’ herself.

Now (no comma) he’s back on solo duty, reviving one of the 80s most treasured disco tunes, Billy Ocean’s US #1 record “Caribbean Queen.” In this 2022 incarnation, the beat moves in Jack Wins’ characteristic thumping style, plunging itself into sweet layers of filter effects while ecstatic vocals fill the stage. Once the domain of the ever smooth Billy Ocean, the lyrics are perfectly balanced by melodic chords, flamboyant strings and energetic percussion.

“Queen” proves itself as a crown jewel of modern of house music, thanks to Billy Ocean’s distinct disco influences, and Jack Wins’ instinct to pour these into tightly produced beats and hooks. As ever, he’s the king of the castle with this freshly gem, sure to get the royal treatment at every dance floor this summer.