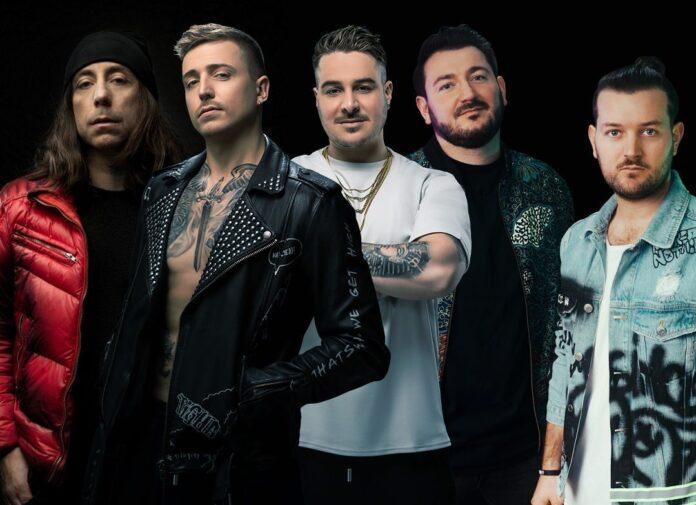 Brace yourself for a true “Hurricane,” as the globally famed duo Blasterjaxx takes on Italian tastemaker Prezioso and German rave masterminds LIZOT for a ferocious new single. Featuring the standout vocals of singer SHIBUI, the record unleashes ominous bass chords and exciting triplet rhythms, both of which are brought to the brink by gale-force beats and swirling melodies. “Hurricane” is a vocally driven, dance anthem to be reckoned with, causing a storm on every dance floor it hits.

They’ve built a world of their own, blending genres like big room, vocal house and progressive. From highly praised festival anthems to their acclaimed 2019 debut album Perspective, every release seems to bring something new and exciting. Last year, they underlined this with their sublimely crafted Welcome To Mystica EP’s, building a mesmerizing bridge between energetic dance music and magical sounds.

For their next single, the duo has amassed an international dream team, including Italian DJ/producer Prezioso, on fire recently with several rave tunes, including the massive 2021 single “Thunder,” alongside Gabry Ponte and LUM!X. Also on board, German duo LIZOT, known for huge, pop inspired festival hits like “Weekend” and “Like A Prayer,” making this a gathering of artists who specialize in creating a buzz around every single they drop.

“Hurricane” definitely lives up to this promise, kickstarting with the lively vocals of singer SHIBUI, whose shimmering voice still lies fresh in the memory since her performances on VINAI and Paolo Pellegrino’s hit tune 2021 single, “Superman”, and Prezioso, Gabry Ponte and LUM!X banger song “Thunder”. On a crescendo of rousing percussion and upbeat vocals, the record explodes with cool pulsating triplet beats, followed by swirling synth melodies and powerful FX. “Hurricane” proves itself a furious, bass-heavy tune in one light, but counters that with airy vocals, catchy hooks and an uplifting party vibes.

You’ll feel the energy each of the billed artists, taking you straight into the eye of the storm for a festival highlight you won’t easily forget. Lose yourself in this “Hurricane,” and discover where the wild winds take you.