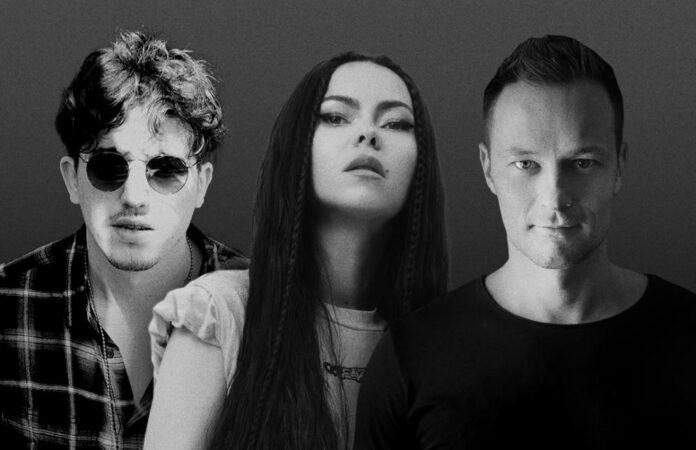 From a hugely successful career including releases such as ‘We Got That Cool’ alongside Afrojack and Icona Pop on Spinnin’ Records, over to ‘Just Wanna Be Loved’ on ALOK’s Controversia and ‘Complicated’ with Steve Aoki on Dim Mak, Belgian’s finest Yves V is back and linking up with INNA and Janieck on ‘Déjà Vu’!

Multi-platinum artist INNA is one of the most prominent names in the scene, having gone multi-platinum with now-iconic hits such as ‘Hot’ and ‘Up’, collaborating with names such as J.Balvin and Sofie Tukker as her solo, original productions have led to her prominence as Romania’s best-selling artist. Dutch singer-songwriter Janieck adds to the trifecta of talents in pushing the European elements that make ‘Déjà vu’ so spellbinding, leading on from his previous singer-songwriter smash hits ‘Reality’ with Lost Frequencies, ‘Narcotic’ with Younotus and ‘Little Hollywood’ with Alle Farben, he now brings an added energy to this latest Spinnin’ submission.

Bringing together a production that tip-toes in its first instance, drawing in the listener with a guitar-led melody that INNA’s crystalline yet soulful vocal then cuts through like a knife in butter. Upping up the ante come the bridge that sees Janieck’s vocal merge into the fold, the pairing then elevates the production into a hands-in-the-air worthy does of pop electronica. “You haunt me like Déjà vu’” swirls the topline, bringing a relatable message that remains fresh and full of emotion, whilst firmly keeping one foot in the club-ready space.