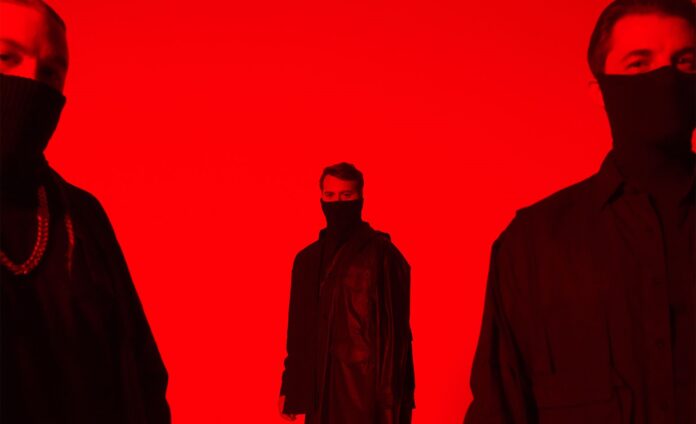 Finally, Swedish House Mafia have announced that their long-awaited album ‘Paradise Again‘ will be released on April 15, via Republic Records.

The trio has now also ended the guessing game surrounding their album’s arrival, pairing an April 15 due date with the onset of Coachella  and their mainstage closing performance that very evening where the album will get to make its live debut.

“Paradise Again” will encapsulate the theme of Dante’s Inferno but flipped upside down, a concept that will be explored not only musically but also aesthetically. The album will unfold in 14 tracks that you will have to listen to in full, as Sebastian Ingrosso recommends:

‘When you listen to this album, listen from start to finish (…) I don’t care if it has 50 streams. I don’t give a f*. We just feel like we still have something to say, and that’s why we’re saying it.’

The video shows zombied partygoers, strobe-filled visual as the Swedes rage with zombie-like figures in a darkened room, with Sting himself making an appearance for “Redlight”. Pretty intense video to be honest ! Check it out above and let us know what you think !