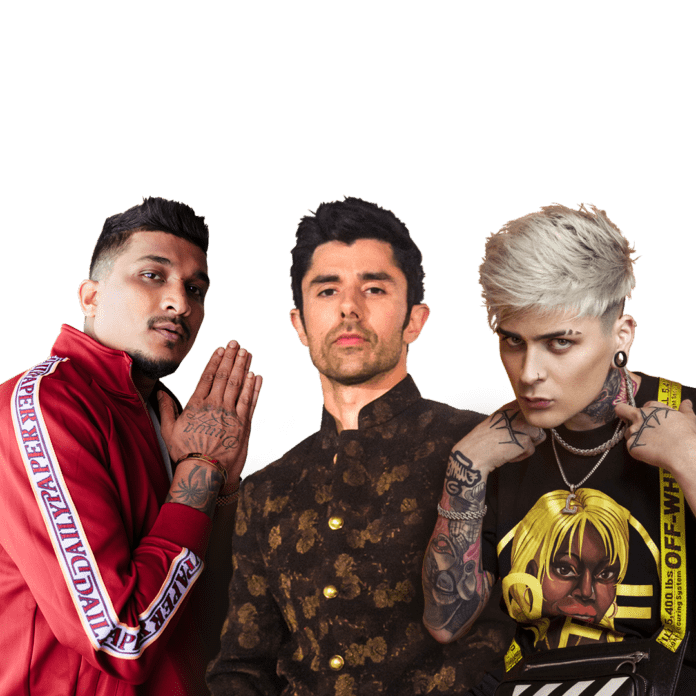 World renowned producer KSHMR brings one of his most standout records to date, unleashing the vibrant new single ‘Lion Heart’. The record sees the US sensation team up with Indian rapper DIVINE and Argentinian hip-hop phenom LIT Killah, while featuring Jeremy Oceans & KARRA in a shining role. The result is a refreshingly global sound that taps into pop, hip-hop, trap and Latin vibes. KSHMR brings it all together in one mesmerizing tune, out now on Dharma Worldwide.

Known as one of dance music’s most renowned and versatile producers, Niles Hollowell-Dhar aka KSHMR has never been easy to pigeonhole. Since exploding onto the scene in the mid 10’s with a string of festival hits, including his 2015 claim to fame ‘Secrets’ (a collab with Tiësto), he’s become a household name in the global music scene, continuously wowing his audience with headstrong big room electro house, heavily influenced by his Indian heritage.

Since then, KSHMR kept evolving his sound, expanding it with mystic soundscapes, inventive pop and unexpected collabs. Ranked high in the notorious DJ Top 100 list, his live shows have become milestone moments for many festival goers, while every new single is eagerly awaited as the next pinnacle in the artist’s impressive resume.

‘Lion Heart’ is an exciting new step in KSHMR’s creative output, exploring his refined production skills with a unique set of collaborative sounds. It’s a record that’s been two years in the making, incorporating his recurring lion motif (referring to his 2016 debut album The Lion Across The Field) and fulfilling his longtime wish to work with these particular artists.

The record continues to evolve, as it breaks out in a lively pop chorus, giving KARRA the chance to shine, followed by a series of sharp, Latin styled raps by LIT Killah. When DIVINE drops in to provide a solid dose of Indian flavored vocals, it’s clear this tune brings the best of different worlds – all without losing any of its musical punch.

KSHMR is performing at his best here, blending his trademark sound and electronic wizardry with strong hooks and impressive vocals. Destined to make this genre bending record, his ‘Lion Heart’ can be considered a milestone release, something unique and unforgettable, ready to take the stage for an eagerly awaiting crowd.

“’Lion Heart’ is such a special collaboration for me. You’ve got India, Argentina, Holland and the US all on the same track and each artist brings something magical to the table. For the production I drew inspiration from old school hip hop — my first passion — and the hip hop scene currently emerging in India, which I’ve been excited about for a long time now.” – KSHMR.