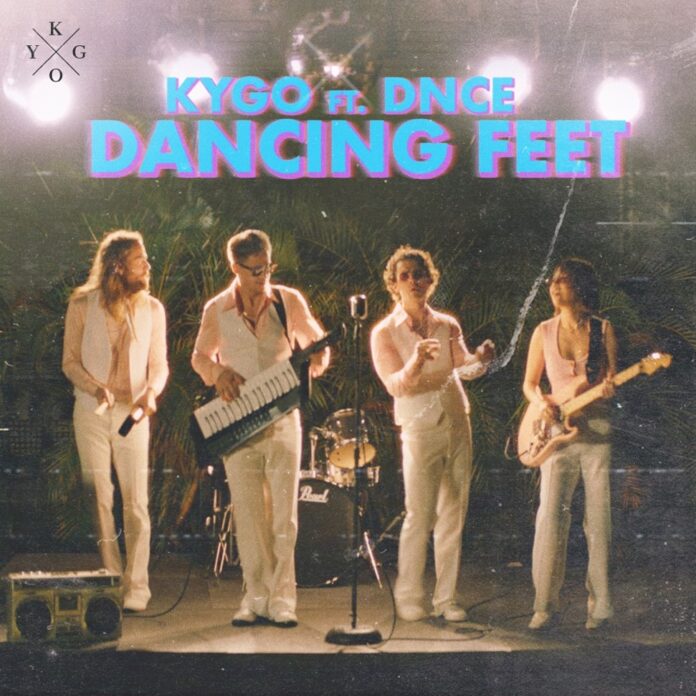 The vibrant, funk-fueled collaboration serves as the first taste of new music from Kygo this year and marks DNCE’s anticipated return to music since their last release in 2018. Earlier this month, Kygo and DNCE celebrated the release at the Sports Illustrated x Palm Tree Crew Super Bowl party in Los Angeles, where they performed together for the first time.

Released with the single is the official music video, directed by Johannes Lovund. The playful visual sees Kygo and DNCE frontman Joe Jonas channel Miami Vice as they cruise the sun-soaked tropical city, working by day at The Palm Tree Resort and losing their inhibitions on the dancefloor at night.

“Joe and I met years ago in Las Vegas and have wanted to find the right song to work on together for a while,” says Kygo. “When I started working on ‘Dancing Feet’ with David Stewart, it immediately felt like a special song. He had previously done a few records with Joe and both of us felt he could be the perfect fit for it. A few weeks later Joe and I were in the studio together in LA and finally had a song together that we both really loved! It was also great to have the chance to shoot a fun music video in Miami with DNCE and perform the song with them during Super Bowl weekend.”

“We first met Kygo when we did some shows together in 2016. We’re excited to collab with him for the first time on ‘Dancing Feet’ and share this song with the world and lean into our funk & disco influences,” says DNCE.