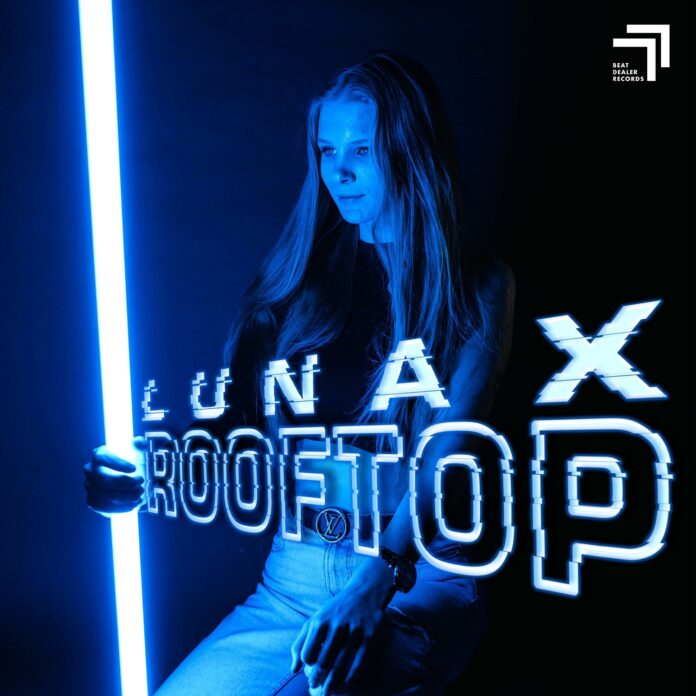 Let’s fly high with LUNAX and her new track „Rooftop“, released today via Beat Dealer Records. The song takes us to the rooftops of the world to look up to the sky in moments when we feel lonely and shows us the limitlessness of our possibilities on difficult days. Hidden behind the melancholic lyrics is an energetic sound that motivates and gives self-confidence as well as courage for a change of perspective.

LUNAX, who is just 19 years old, has become the most successful German Slap-House Artist in the music industry. On streaming services such as Spotify, Apple Music or Amazon Music, she was not only featured in the world’s largest playlists, but also graced the covers of several high-ranking playlists across various platforms. Spotify already chose LUNAX four times for the cover of Europe’s largest dance playlist „Main Stage“, which is followed by 1.6 million listeners. In 2021, she was the first dance act who curated an official Apple Music playlist with the „Festival Bangers“.

„The message is that feeling lonely doesn’t have to be a negative thing. We all experience challenging times. With ‚Rooftop‘ I want to encourage others to stay hopeful and remind them that they are not alone with their feelings. Believe in yourselves.”