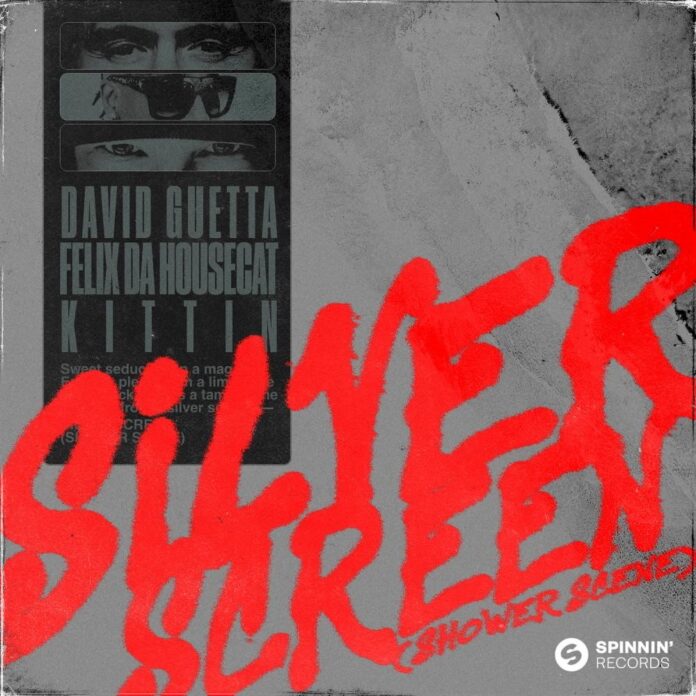 Wrapping up an impressive year, French DJ/producer David Guetta presents a furious blast from the past, as he reworks one of the early zeroes classics ‘Silver Screen (Shower Scene)’ by Felix Da Housecat and Kittin. Originally, this 2001 tune marked the emerging electroclash sound, twenty years later the world’s #1 DJ honors this record with a tough, bass heavy, 2021 house version.

His new single alongside the eponymous Felix Da Housecat and Kittin brings this all together. ‘Silver Screen (Shower Scene)’ was a huge favorite in both the early festival and club scenes. The so-called electroclash genre was hitting its apex in the early zeroes, crossing over from the fancy club crowds to a worldwide audience, and this track could be argued as its zenith – featured on Felix da Housecat’s genre defining electroclash album Kittenz And Thee Glitz.

Always respectful to house music’s classics, David Guetta stays close to the raw electro energy of the original. Kicking off with a deep, pulsating bass, the record continues with Kittin’s characteristic vocals, cool and vicious. In the meantime, an oldschool house beat takes control, enforced by twisted bass sounds and wild drum fills, making this one of the grittiest tunes you’ve heard this year.

‘Silver Screen (Shower Scene)’ is electro house in its most essential guise; inspired by one of the genre’s trademark songs, now culminating in a raving new edit. David Guetta is on a roll, and together with Felix da Housecat and Kittin, he’s been able to reach yet another highpoint at the dawn of the year.