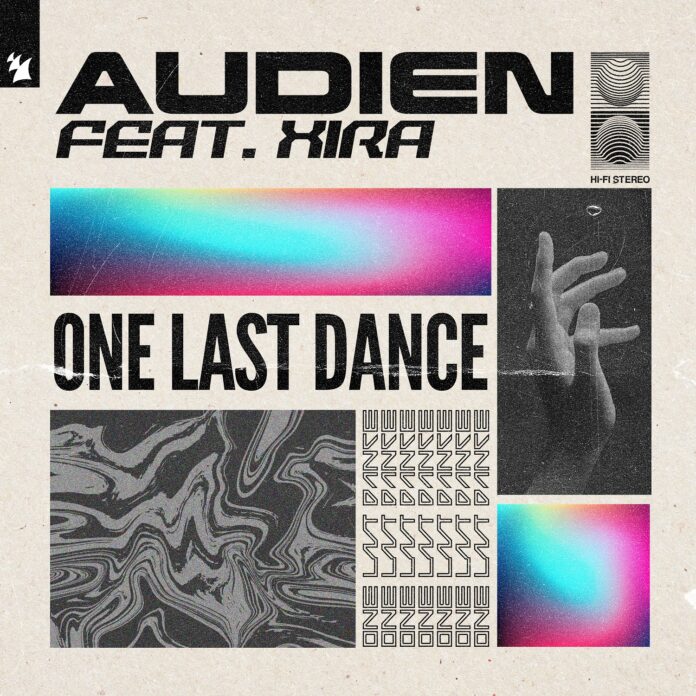 After making quite the statement with his “Progressive House Never Died” tagline on his Instagram and merchandise, Audien is swinging into action with his first single of 2022. Fitting in perfectly with the more downtempo cuts he released in the second half of 2021 (e.g. ‘Blue’, ‘Learn To Love Again’), ‘One Last Dance’ (feat. XIRA) comes with an unique sonic perspective that will help Audien become the face of Progressive House this year.

Adding to the recent string of tantalizing, love-themed singles – such as Audien’s latest release, ‘Wish It Was You’, ‘One Last Dance’ sees Audien tug on the heartstrings of every single listener. With the wistful vocals of Aussie songstress XIRA softly caressing the fine-spun production, this song is all about making the most precious memories last.

Audien comments: I worked on this song with XIRA during the pandemic when I was going through a lot of stuff — like a tremendous amount of stuff. This song is the direct result of that. Love you guys, hope it helps in some way no matter what you’re going through. ❤️

Known for his production prowess and unique propensity for uplifting melodies, producer Audien has established himself as a fixture in the dance community. Considered a staple in the progressive house genre, he garnered the support of industry veterans like Tiësto, Above & Beyond and Armin van Buuren through an array of quality productions, including his recent Billboard Dance Radio #1-charting collab with ARTY and Ellee Duke called ‘Craving’, collaborations with the likes of Lady Antebellum, MAX and Echosmith, and official remixes for Michael Jackson, Coldplay and Halsey. In 2014, Audien released his Grammy-nominated remix of Bastille’s ‘Pompeii’, which went on to become the most played track at Electric Daisy Carnival and Coachella, and one of the five most played tracks at Tomorrowland.