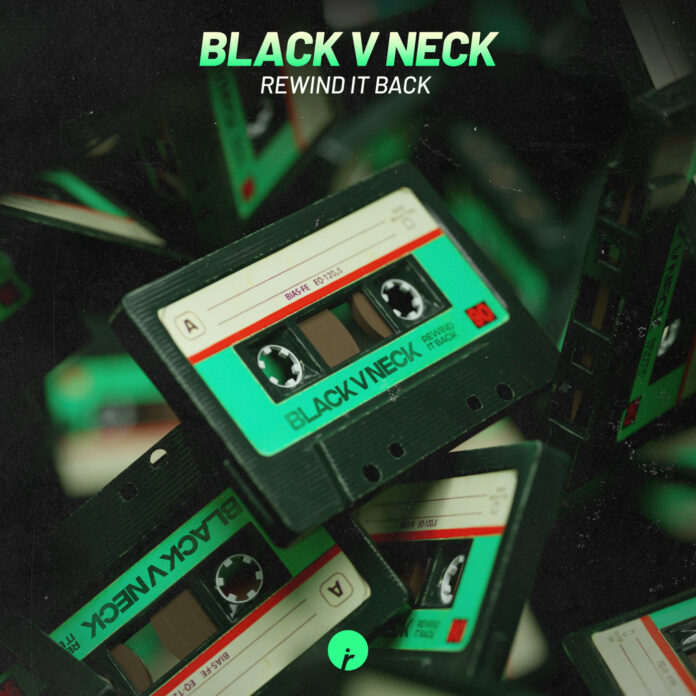 Black V Neck serves up their debut release for Insomniac Records, looming into the frame with their new two-tracker ‘Rewind It Back.

Ian Beato and Julian Sacheli are two Miami natives that are cut from the same cloth. They’re both driven by a blatant disregard for whatever the masses consider to be in vogue, effectively allowing the material from their house music project to set bodies in motion entirely on its own terms. On their first appearance with Insomniac, the “two-man, one-shirt” tech house duo offers up a high-end label debut tailor-made for the club.

Wrapped around a swagged-out hip-hop sample, the title cut “Rewind It Back” revolves around a loopy rhythm that moves along the axis of an unwavering groove. An elastic bassline recoils mercilessly over tumbling percussive programming, refusing to ease up amid head-spinning vocal chops and slippery textures that move in and out of the fore with a nimble panache. As the name itself suggests, this sample-loaded number is going to rack up endless replays for the foreseeable future.

On the B-side, “Procreate” makes a complete 180 and spawns itself in alien rave territory. Squelchy acid lines and snappy 909s are greeted by breakbeat sensibilities, with extraterrestrial textures creeping between the cracks of this welcomingly strange warehouse tool. All the while, a single-minded vocal loop makes a persistent play at wanting to do the dirty deed. It’s a quirky, brain-tickling track that adds contrast to its counterpart.

“What we love about Insomniac Records is the variety in their releases, which fits into our style of house and is shown in this EP,” says Black V Neck. “We couldn’t think of a better label to put these two tracks out on.”

The Miami duo first tried the Insomniac catalog on for size back in 2020, when they were tapped for remix duties by Volac and Stace Cadet, which saw them raising the temperature of the preening house collab, “Super Cute.” After the rework, the boys rolled up their sleeves and went to work behind the decks during their debut at EDC Las Vegas last year, pulling off a stunning performance on the label’s stereoBLOOM stage. Running through a healthy collection of their own originals, Black V Neck’s set that Sunday made it abundantly clear why so many tastemakers continue to champion them, including Chris Lake, Less Foss, Walker & Royce, Green Velvet, and Tchami, to name a few. They’re currently trekking across the country on the road for their Want It Tour, eventually leading them to Academy in Hollywood alongside Insomniac regular Matroda.