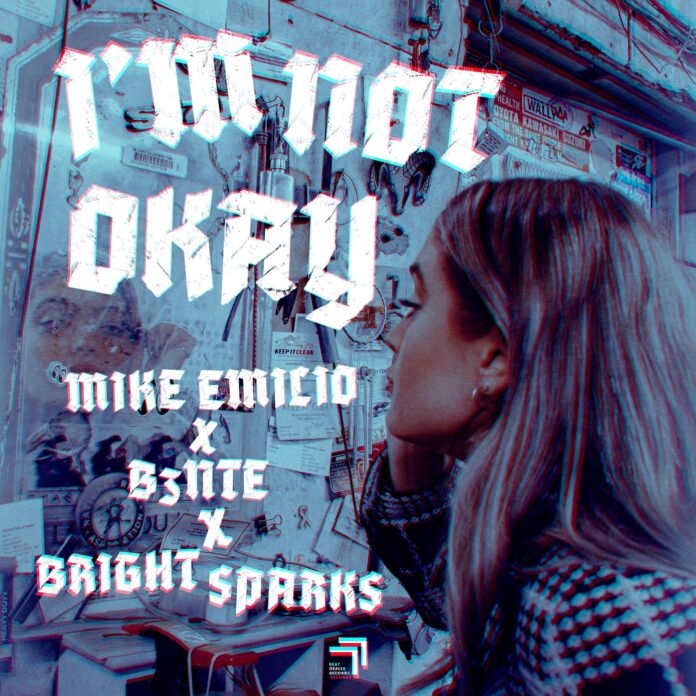 „I’m Not Okay“ is an energetic slap house / bounce track. Mike Emilio has collaborated with artists such as Flo Rida, Bloodhound Gang and VINAI and reached over 50 million streams with his top track „I Follow Rivers“. In total, he has over 200 million streams and was featured in the top playlist „Main Stage“ several times.

B3nte also has more than 172 million streams with his releases. He worked with KSHMR on „The Spook“ and „The Spook Returns“ and achieved three times platinum and four times gold in Sweden. Bright Sparks has teamed up with Tiesto on their top track „On My Way“, reaching over 150 million streams. They also collaborated with the likes of Sam Feldt, Oliver Heldens, Klingande, Hardwell and Feder.

I’m not okay by Mike Emilio, B3TNE & Bright Sparks is out today via Beat Dealer Records. The dance label was founded in 2018 and released tracks from artists such as Tungevaag, LUNAX, Jerome, Bougenvilla, King Topher, Sagan, Riggi & Piros, Dante Klein and many more.

”This song got the perfect mixture of genres according to me, radio-friendly verses with a drop filled with energy.”
-Mike Emilio on the track-