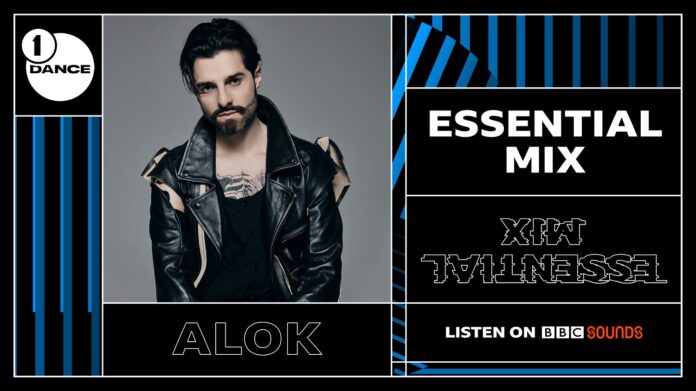 At the peak of his career, Brazil’s biggest artist and world-class producer ALOK announces his debut, long-awaiting Essential Mix on BBC Radio 1 that will be broadcasted here.

With over 20 million monthly listeners across his own productions and the second-most followed producer on Instagram with over 26 million global devotees, ALOK has stood proud and pushed boundaries across his solo productions but also collaborations will stellar names. Expect to hear cuts new and classic through the years of his link-ups that include new single ‘Side Effect’ featuring AU/RA, over to his brand new EP ‘Deeper’ (out this Friday 11th Feb) that includes a collaboration with brother and fellow producer Bhaskar, aswell as a slew of exclusives from his imprint Controversia – tune in on February 12th to hear the two-hour extravaganza in full.

Pushing a deeper, progressive and evocative sound as his catalogue has developed, Controversia as a whole has also spawned impressive numbers and artists across its roster, with over 750 million streams and counting, his Essential Mix is only set to cement his position within the elite echelons of modern dance music. ALOK will also be making further waves back in the UK this Spring when he returns to London for his Ministry Of Sound debut, bringing an extended set on March 12th, with tickets on sale now!

Tune into ALOK’s debut Essential Mix on BBC Radio 1 live from midnight on Saturday February 12across FM and DAB across the UK, and online worldwide, where it will also be available to revel in the fun with on the BBC Sounds App after broadcast.