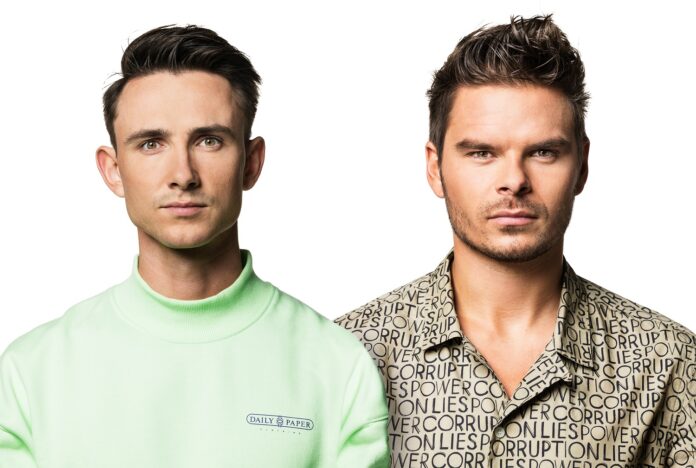 Dutch duo Lucas & Steve have teamed up with the English Grammy-nominated singer-songwriter Laura White for an infectious and feelgood house anthem ‘Set You Free’, released through Tomorrowland Music today! Combining iconic and powerful vocals with masterful and uplifting melodies, ‘Set You Free’ is treating fans to some serious festival-ready grooves – truly destined to be belted out by a crowd and not missing a step in crafting dance music’s most timely festival anthem.

Dutch powerhouse duo Lucas & Steve are renowned for uplifting productions and emotive lyrics, etching their place in modern dance music with consecutive summer hits, multiple platinum and golden records and massive radio hits like “Anywhere With You”, “Oohla Oohla”, “Alien”, “Where Have You Gone”, “Perfect” and “Letters”, the title track of their 2020 debut album: “Letters to Remember”. The pair have collaborated with the likes of Armin van Buuren, Sam Feldt, W&W, Mike Williams and remixed many household names such as David Guetta, Robin Schulz, Kygo, Lost Frequencies and Illenium among many others, resulting in the duo surpassing 1 billion streams from all corners of the globe.

English Grammy-nominated songwriter & vocalist Laura White can be heard worldwide on hits like Galantis’ “Love On Me”, Rita Ora and Charles Hamilton’s “New York Raining”, and with acts like Cash Cash, Max Styler, James Carter, Henri PFR, Bugzy Malone, Example, & Naughty Boy for whom Laura has written and featured with, plus so many more. With sold-out headline gigs in the UK, many already have the impression that this hugely talented recording artist and songwriter is cementing herself as an artist to watch as she continues to release quality music to the world.

Lucas & Steve: “This is really a track we would love to play live, it’s an energetic, accessible record, but also out of our comfort zone. We feel it’s taking us back a little bit to the roots of House Music, we’ve got a big love for that 90’s vibe. We worked with Laura White and her unique voice before on the song ‘Glory’, which appeared on our album ‘Letters to Remember’. She’s amazing and her voice gives us goosebumps every time, so we’re thrilled to work with her again on this record!”

Laura White: “I am so excited to work again with Lucas & Steve again after our song ‘Glory’! I love the boys their work and was so happy to write and feature on the track! I hope the fans love it; I love my Amsterdam fans! Lots of love x”.