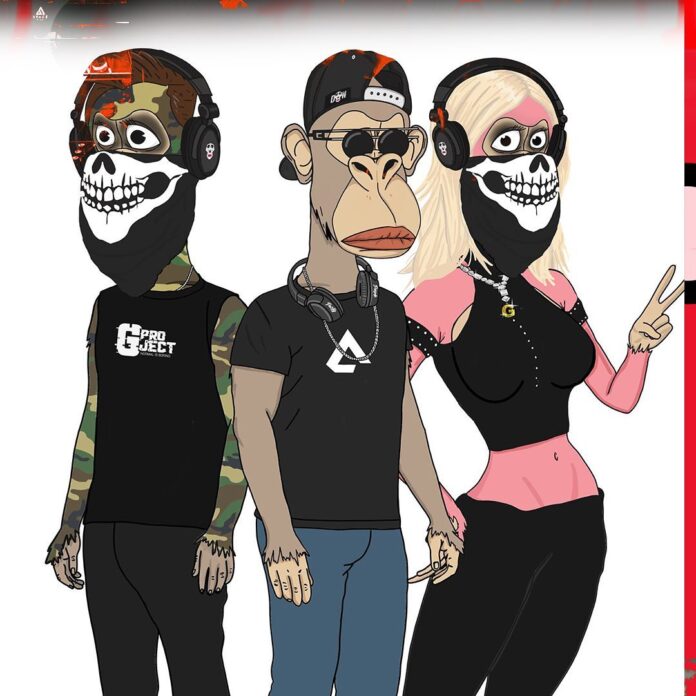 First played during the Art Basel via Miami Art Week, the ‘Desperate ApeWives Anthem‘ is regarded as the corner stone of what is yet to come, with the ultimate goal being the bridge of the NFT space with that of the business and physical world. Enlisted for the curation of this trailblazing project, is no other than one of the dance industry’s most renowned producers and entrepreneurs in the form of MR.BLACK, with fellow Israeli producer duo Gproject completing the ultimate collaboration.

In addition to the production of this certified hit, both MR.BLACK and Gproject, as well as the Desperate ApeWives (DAW) NFT venture have co-founded the pioneering record label, DAW Music.

Produced by MR.BLACK and Gproject the track is available across all streaming services, including Spotify, YouTube, and Apple Music, and will shortly be available to own as an NFT.

Released through DAW Music, a joint venture recording label founded by MR.BLACK and Gproject, and Desperate ApeWives NFT venture, the Ape anthem is a creative departure for the NFT platform. The DAW Music mission is to build a healthy ecosystem and home for artists to make a living out of their talent and for collectors to be part of their success.

The NFT platform, a collection of 10,000 non-fungible tokens, has focused on creating unique ApeWives and tokenizing them on the Ethereum blockchain. Inspired by the award-winning television series Desperate Housewives, DAW is a collection of 10,000 Desperate ApeWives NFTs living on the Ethereum blockchain. Among the groups rarest fine art JPEG NFTs, they were inspired by the Queen, Mona Lisa, Paris Hilton, Kylie Jenner, Chiara Ferragni and more. The platform recently achieved a significant milestone surpassing $1 million in sales volume over a single 24-hour period.

With support from A-list names like David Guetta, Armin van Buuren, and Martin Garrix, co-producing for Madonna and releasing collaborative projects, remixes and hit releases for Hardwell’s Revealed Recordings, Warner Music, KSHMR and Tiësto, MR.BLACK has become one of electronic music’s stand-out new stars. His counterparts Gproject are a fast-rising duo who are a regular feature on MR.BLACK & Revealed Recordings’ HYBIT label project.