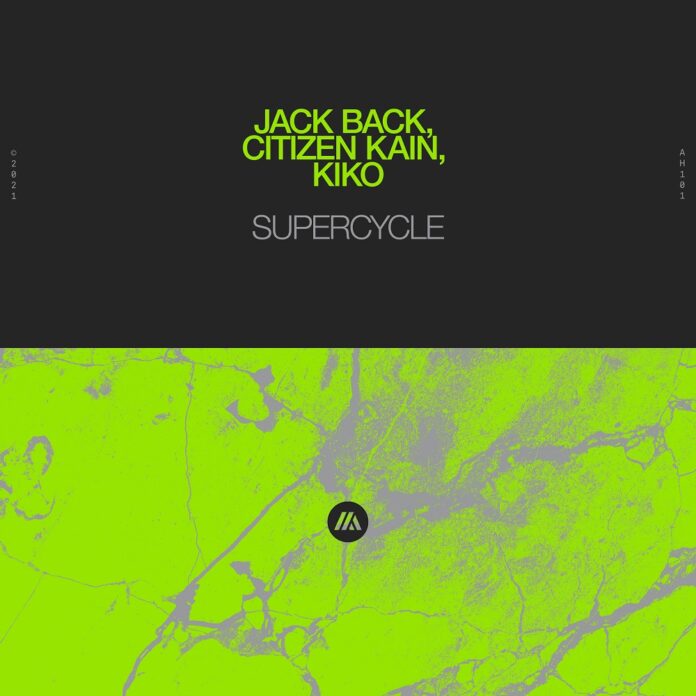 Closing off the year on a deep note, David Guetta’s tech house alter ego Jack Back teams up with Citizen Kain & Kiko for a majestic new single. ‘Supercycle’ builds on spacious chords and dark, ominous beats, culminating in a techno driven climax with a unique melancholic yet cinematic mood. It’s an exciting trip into space, underscoring the ever continuing evolution of Jack Back – out on AFTR:HRS !

Jack Back has enabled EDM superstar David Guetta to revert to his roots in progressive house, taking his music deeper with a series of techno and tech house driven club tracks. Among many, milestone records have been Defected releases ‘It Happens (Sometimes)’ and ‘Survivor’, as well as the deep techno outburst ‘Grenade’ and most recently, ‘Alive.’

‘Alive’ marked a next step in the ongoing evolution of his alias. Teaming up with Fancy Inc and Roland Clark, this recent release dropped thrilling tech house beats, enforced by fiery vocals and classic house chords.

Now, the world famed maestro takes things deep again, teaming up with fellow French producers Citizen Kain & Kiko for an exercise in raw and psychedelic techno. Both acts are notorious for their releases dating back to the zeroes, when electro and minimal techno dominated the clubs. In the years since, they’ve developed a musical range and perfected their sound, resulting in perfectly a riveting and dark club endeavour.

As it seems, Citizen Kain & Kiko’s moody productions work wonders with Jack Back’s up winding tech house adventures. ‘Supercycle’ immediately dives deep into a riveting beat, featuring reverberating bass chords and driving percussion. As these various rhythmic elements play catch with each other, the record boils into a black hole of sonic effects, slowly climbing out of it with searing synths, ominous claps and a relentless beat.

It’s easy to imagine a darkened rave, only fueled by stroboscope lights, a lit audience and this outerspace techno gem. Jack Back clearly goes back to his early techno roots, enhanced by his French counterparts, to deliver something mesmerizing and extraordinary, only to be absorbed when you’re willing to take the full trip. Better catch this ‘Supercycle’ ride.