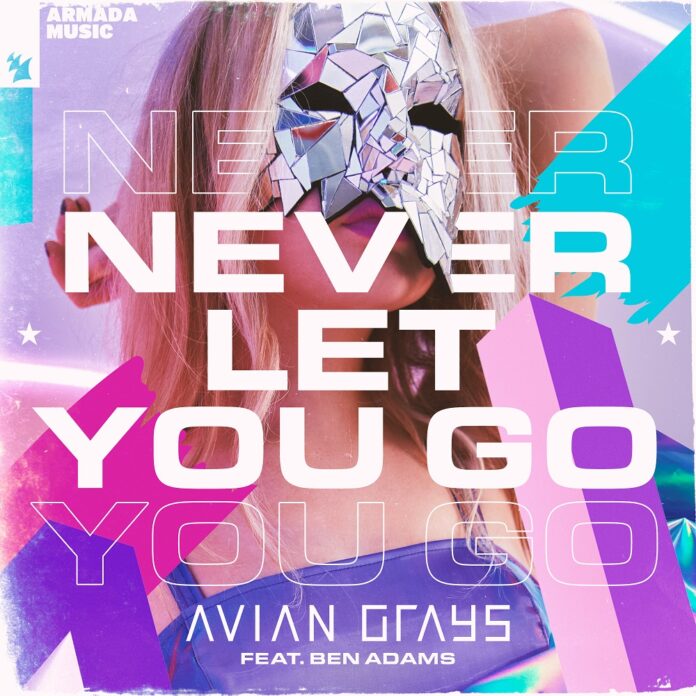 The name AVIAN GRAYS may not come with a multi-decade legacy or a five-page document detailing an endless list of global achievements yet, but that doesn’t mean her music isn’t strongly resonating with legions of dance music enthusiasts. Catapulted into global consciousness through breakout hit ‘Something Real’ (with Armin van Buuren), last summer’s ‘Crush’ and every record or remix released in between, the AVIAN GRAYS sound is making waves wherever it turns and so will her latest single: ‘Never Let You Go’ featuring Brit Award-winning singer-songwriter Ben Adams.

Full of confidence and disco flavor, AVIAN GRAYS’ new offering to Armada Music instantly hits the sweet spot between funkiness and flamboyance. Underlining its summer appeal with its contagious energy and Ben Adams’ pitched vocals, ‘Never Let You Go’ is up for a permanent position in many a dance fan’s playlist.

“We already had a certain style of vocal in mind when we made the first demo of ‘Never Let You Go’”, AVIAN GRAYS says. “Ben really nailed the vocal and lifted the track to a whole new level. We just love how funky this track is whilst fitting perfectly into the 2021 dance scene!”

Backed by two of dance music’s finest producers, AVIAN GRAYS is one of the most exciting new artists to watch. Her breakout hit, a collab with Armin van Buuren and Jordan Shaw titled ‘Something Real’, achieved airwave triumph in the Netherlands and clocked up over 35 million streams on Spotify. Since then, she bumped fists with Bruno Martini on ‘Save Me’, remixed tracks from leading acts such as Loud Luxury, Steve Aoki and Armin van Buuren, and saw her music championed by many of dance music’s hottest names. Inspired by the surge of positive response from her fans, AVIAN GRAYS even launched a custom VR filter on Instagram with the trademark mask she wears with every public appearance.