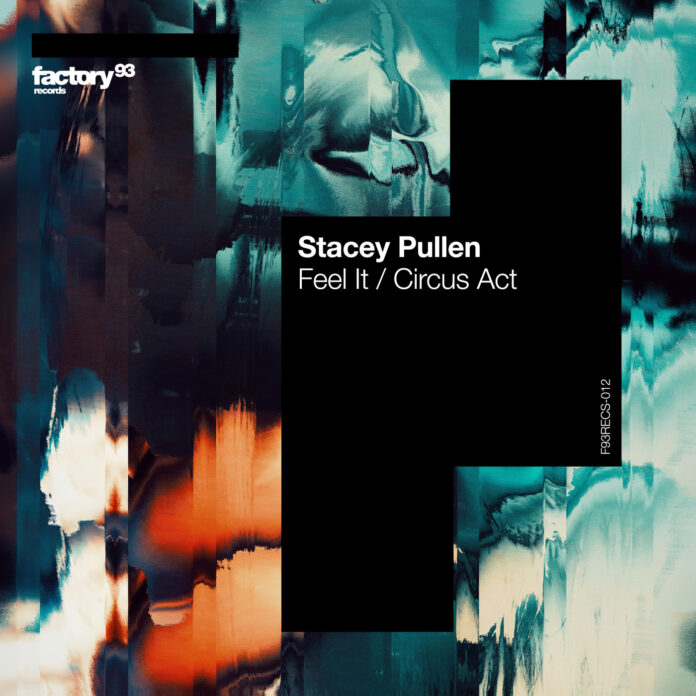 Seasoned veteran Stacey Pullen leverages his rhythmic persuasions on his debut outing with Factory 93 Records, ‘Feel It / Circus Act,’ a seven-track package including a remix from the mighty Nic Fanciulli.

As a venerated torchbearer of second-wave Detroit techno, the Black Flag label-boss has been crafting sleek and soulful dance music since many of today’s clubbers were merely a twinkle in their parent’s eye. His ability to concoct pounding, infectious grooves is on full display with ‘Feel It / Circus Act,’ which finds him harkening back to ‘90s tradition of latching on a variety of mixes and VIPs onto a record.

“Feel It” is high tech soul at its finest. It’s built around squelchy bass, crunchy drums, and a soothing vocal that elegantly contrasts the track’s raw, roughed up tone. Stacey ramps up the energy on the Full Force Mix, employing a beefy bassline that will add finesse to both house and techno sets. Meanwhile, the Nice & Smoove mix provides a deeper, headier cut bolstering a hypnotic groove and textured sound design capable of enveloping listeners from all angles.

“‘Feel It’ is driven by the sensational vocal snippet of Mighty Real by Sylvester,” says Stacey Pullen. “The adlib vocal is fueled by a driven bassline and the bassline fuels the track with excitement and energy.”

“Circus Act” takes the framework of classic, loop-based house and furthers it with all of Stacey’s sonic trademarks. A relentless sample burrows itself deeper into your eardrums as it pounds along in half bar iterations, resulting in an effective and sophisticated roller perfect for building momentum on the floor. On remix duty is the legendary Nic Fanciulli, stacking Stacey’s insistent formula alongside an insatiable bassline. Fanciulli teases the track’s original elements as he leads into a dizzying climax of crispy 909 snares, before dropping back into the track’s muscular beat.

It doesn’t end there, folks. For good measure, there are two extra versions of “Circus Act” tossed into the rotation with the SP Retool Remix and ReRemix (yes, you read that right). These two reworks function as robust DJ tools that scatter the track’s original elements around seemingly endless layers of percussion. They are, again, strong rollers designed for peak hours and are sure to move more than a few feet in the club.

“‘Circus Act’ has a disco sample from one of my favorite Italo Disco records from the ‘80s and has always inspired me when I heard it,” explains Pullen.

Built around his extensive knowledge as a selector and his unmatched expertise in the studio, Stacey Pullen’s ‘Feel It / Circus Act’ is available everywhere via Factory 93 Records.