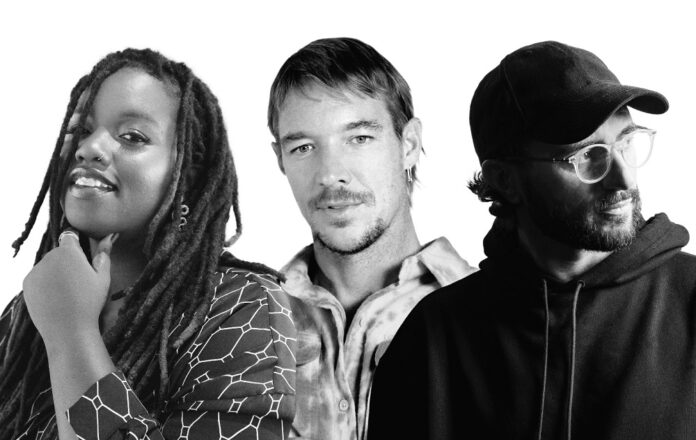 Featuring an array of awe-inspiring CGI landscapes, the captivating official video for ‘Promises’ is a perfect match for the energy of the track. Created by Actual Objects, a studio who have previously worked with Yves Tumor and Travis Scott and were recently supported by Fact Mag, the visuals are a breathtaking exercise in virtual world building. A certified club smash, the track was dubbed Clara Amfo’s ‘Hottest Record In The World’ on BBC Radio 1 has already racked up nearly 5 million Spotify streams in less than a month.

It follows the success of the trio’s first platinum-selling collaborative hit ‘Looking For Me’, a track that peaked at #4 in the UK Singles chart, spending three weeks in the ‘Top 5’, four weeks in the ‘Top 10’ and has amassed over 200 million combined streams to date.