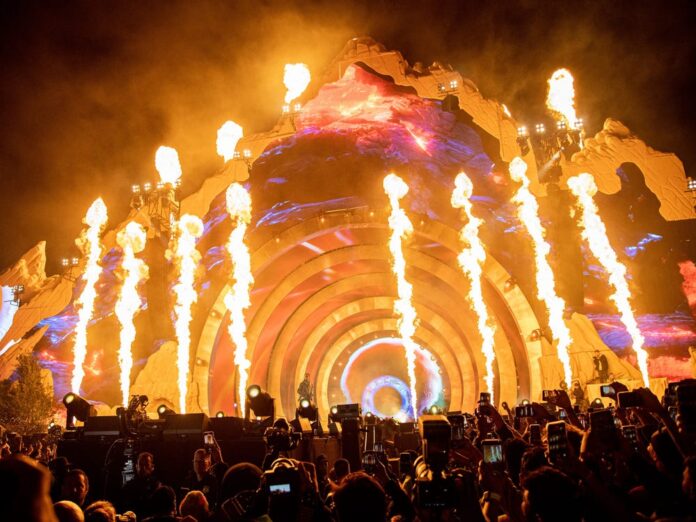 Conspiracy theorists have taken the deaths of eight people at the Travis Scott concert and spun it into an unwieldy conspiracy about a ritual satanic sacrifice and Kris Jenner’s birthday.

Scott held his ​​Astroworld Festival in his hometown of Houston over the weekend. Friday night’s show, which featured Scott with a number of high-profile guests (including Drake), ended in tragedy when the crowd surged towards the stage, crushing some attendees, leaving eight dead and dozens injured.

The conspiracies offer a variety of “proofs,” like the T-shirt Scott was wearing, the imagery surrounding the event, and, of course, doctored and misrepresentations of videos from the concert. Like with all of these conspiracies, the numerology being broken down is never-ending and includes the time Scott posted his apology on Instagram, Kris Jenner’s recent 66th birthday, and that “Astroworld was exactly 666 months + 6 days after the founding of the Church of Satan.”

“We’re all suffocating, dying, and on the screen, it says ‘See you on the other side’ along with all the Illuminati symbols and the praying hand sucking our energy from us,” an attendee said.

“I’m 100 percent convinced that this was literally an energy harvest, that this was a satanic ritual. Travis Scott was snatching people’s souls.”

According to Facebook, the topic “Astroworld Sacrifice” was trending with 39,000 users talking about it. Other stats showed an increase in people using terms associated with satanism on Twitter. The videos were more of the same with one wrapping Hillary Clinton into the conspiracy. Many are pushing the idea that the media is covering up the baseless story that hundreds died at the concert, not eight.

I am just asking myself, is there something in this world that it’s NOT touched yet by some kind of conspiration theory? This is what humanity thinks in almost 2022? Everything is something else than the boring normality? Maybe you guys can answer these questions.